A new ad film was launched by Treeview Co. Ltd., titled #NoJhooteVaadein. The film features Bollywood actor and style icon Hrithik Roshan who is also the brand ambassador of Treeview. The concept of honesty is what the film explores, in which it gives importance to a question which is What would happen if we live in a world where everyone is honest? Everyone can relate to this since it shows a comical take on real-life situations, the film shows an ideal world where everyone is honest in every situation. At the start of the film, Hrithik Roshan gives a question to the audience or viewers- Imagine if everyone was honest in this world. It presents four different scenarios to the audience and they are a real estate agent showing a house to his customers, a boss asking his team member why he is late to office, in a restaurant a waiter talking about the specials for the day, a politician at a rally

The film will be released digitally on Youtube, Instagram, Facebook, and other digital and OTT platforms in the following languages-Kannada, Malayalam, Hindi, Telugu, Tamil. Founder and CEO of QThree, Jubin Peter commented that they want to encourage people to embrace honesty at every step, just like how they did with the Treeview TVs. Winning the trust of their consumers which they believe is the most important thing and this can be only done by providing them an exemplary experience with their Treeview product.

This is Treeview’s first brand film in India and they thought that Hrithik Roshan is the better actor to take this concept to the audiences. Audiences’ response is what they are excited to hear. Consumers are taken to the brand across India for its affordable price and its features. Smart televisions of Treeview’s array ranging from 32inch to 65inches, it also has some features like Smart Apps, the TV also comes with a voice remote. The magma series: 32”-43” full HD TVs, the Ultra series: 504K-645K UHD LED TVs, The Frame Series: Bezel-less TVs from 32” to 55”. Thus by making a strategic plan to increase their growth in these times have made them trustworthy for the customers and had or hope to make a great impact soon with the help of the new ad film. 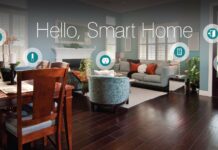 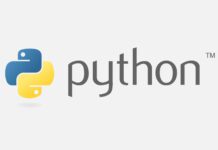 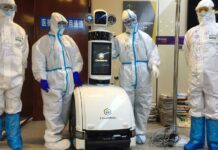