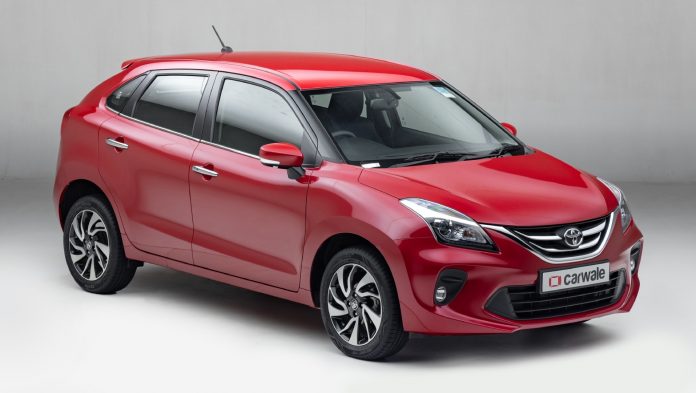 For many, cars are an inseparable part of their life. They think about cars and automobiles, most of them. For people belonging to that category the launch of any new car is a pure treat. Especially the news post by Toyota India is yet another celebration to them. Yeah! Toyota India plans to launch its compact SUV, which is based on the Maruti Suzuki’s Vitara Brezza.

Toyota India, is one of the big fish in the market,who grabs their customer by their unique design and model. They are well known for their heavy vehicles also. And they are ready to make their debut in the competitive subcompact SUV segment with a new product which will be based on the Maruti Suzuki Vitara Brezza.

The new model is likely to be called the “Toyata Urban Cruiser” which the company plans  to launch  this festive season. This product is likely to hit the market and also increase the boost sales by launching the 5- seater SUV in the Indian market.

As usual it’s the pandemic that has caused a delay in the launch of the SUV, says the Japanese carmakers.

Here, I would like to mention a quick session that happened between Naveen Soni, Sr. VP, Sales & Service, Toyota Kirloskar Motor. At Toyota, they constantly evaluate and assess the market to understand customer preferences and trends. They have been studying the market and they see an increasing trend in customer preferences shifting from sedans to SUVs.

As a part of their overall plan to strengthen the SUV portfolio as well as to be able to offer their discerning customers the World of Toyota SUV experience, they have planned to enter the compact SUV segment with their new offering this festive season. Hopefully with this entry they can create more Toyota fans and focus on those ambitious customers who would like to upgrade to a higher/niche offering.

This company has already gained lots of fame and name in the market. The variety of cars such as, Innova , Glanza, Fortuner has its own success story to tell. As an add -on this compact SUV is made.

The engine is likely to have a 1.5-litre K-Series engine on the Vitara Brezza, which comes with Suzuki’s mild-hybrid technology.

In a country like India where heavy wheels and compact ones are welcomed, this product may have a warm welcoming and will lead to a great sales also.

YouGov Report on AR/VR for Shopping