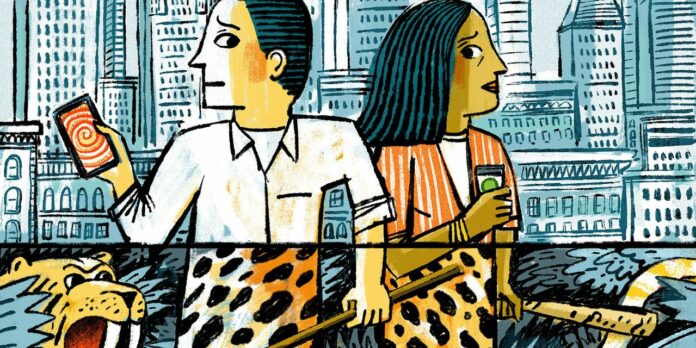 What if our social-media habits as adults are shaped by our experiences as babies and toddlers?

Mental-health practitioners and scholars who study the influence of social media on children and young adults have long pondered why some teens and young people develop problematic social media relationships while others do not.

A growing body of evidence demonstrates that early childhood ties with caregivers impact both online and real-life interactions. People who have theThose who have the most difficulty managing their social media use are also those who did not develop trusting relationships early in life. If you can’t connect with the person you actually need to connect with, social media can fill in,” said Phil Reed, chair of the psychology department at Swansea University in Wales, in a recent piece summarising the current studies.

However, he believes that social media cannot completely replace deeper ties. “You’re nervous and lonely, and you think that using social media will help, but it doesn’t.” As a result, you feel worse and use social media more,” he explained.

Regardless of childhood c it is simple to fall into the pattern. For the ladies I spoke with, social media compounded their loneliness throughout the pandemic, according to them. It could also explain Meta Platforms Inc.’s internal study last autumn that Instagram was hazardous to the mental health of a significant percentage of young users, primarily teen girls. However, there is assistance available for those who feel trapped, and some choices are listed below (as well as a quiz to learn where you stand when it comes to attachment issues). According to Adela Chen, an associate professor of computer information systems at Colorado State University, social media misuse goes deeper for many young people than resorting to Instagram when they’re lonely. The journal “Computers and Human Behavior” presented a study on bonds and later social media use.

“In relationships, people with low self-worth are on the lookout for symptoms of desertion and rejection, and they want validation and reassurance from others,” she said. According to her, social media validation in the form of follower and like counts can give the impression of connection and approval. This new study is based on attachment theory, a psychological concept created by a psychoanalyst and a developmental psychologist in the late 1950s. Early experiences shape how people approach interpersonal relationships, according to attachment theory. Healthy social and emotional growth requires According to the hypothesis, very young children require a deep bond with a primary caregiver with whom they feel secure.

Nikon India elevates the voice of women with through her lens...

The NEW Shop ropes in Rajkummar Rao as brand ambassador