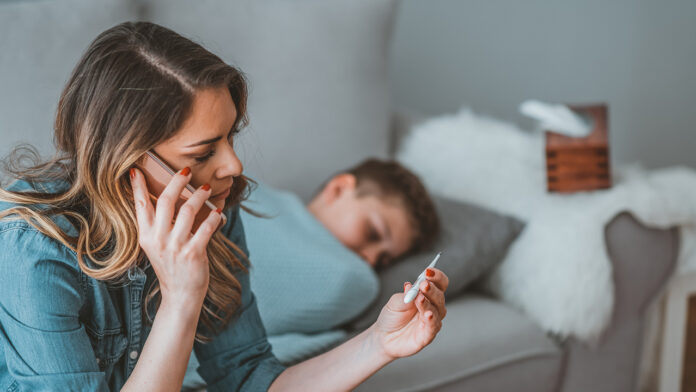 As we all know the nation is once again witnessing the spike of the third wave of covid, Omicron and the studies have already mentioned earlier that it will be most affected by children, pregnant women, and the elderly.

The elderly group has always been into the note in all the three waves as they are the generation who are likely carrying any health issues along with them and the chances are more by getting affected by covid.

This mainly catches on people who have health issues, lower immunity, and especially pregnant women who are prone to the immunity case when they are carrying.

The Doctors from the states which are high scale in the number of covid cases now came up with the reports on how covid is affecting children, elderly and pregnant women.

The Delhi-based doctors said the Omicron surge is mostly seen in children starting with mild symptoms and leading to viral fever and in some cases where proper treatment is not taken might go into hospitalization.

They also added that it is a matter of concern for pregnant women and also elderly people who have health issues related to heart, cancer, and respiratory failure.

As covid cases generally increase during the winter season this time it is more prone to get affected for all these categories as per the reports of the doctors of the Delhi state.

In the last few days, the covid 19 was affected by pregnant women and they were admitted to the LNJP. They all were having mild symptoms the doctor also added that it was not from the omicron surge.

The doctor also said that the appointment of patients has risen during the past few days. When there were only 4-5 patients daily for a week, now the number has increased to 15-17 every day.

The capital city has a hike in the fresh number of covid cases around 10,665 and the test positivity rate has increased from 8% to 11.88%.

Seeing the hike in the test positivity rate the doctors said that this means that the number of infected persons in the state is increasing and the main contributor is the omicron surge.

Dr. Kumar from the LNJP hospital said that almost 403 cases were brought from the international airport, among them 185 turned out to be positive, and 150 patients have been cured and discharged.

He also added that most of the patients were stable and no one needed oxygen supplies and only 420 beds got filled among 9,027 according to the latest reports from the Delhi hospitals and doctors.

The reports also said that most of the patients had mild symptoms and were out of the danger zone except people who have health issues and elderly people.

Dr. Kumar also added not a single patient that we have treated needed oxygen and they are prepared for the third wave in all the means.