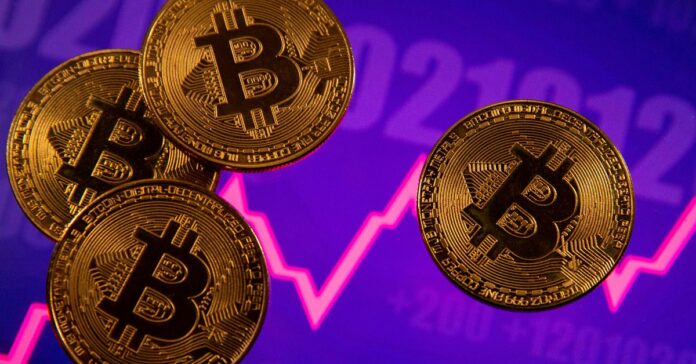 Bitcoin is just more than digital gold. Bitcoin has similar properties to that of gold but calling it ‘digital gold’ is an oversimplification. Yellow metal and its digital version have shown a negative correlation.

During the pandemic, equity markets crashed, and bitcoin followed the rally even if gold prices were surging.

Bitcoin is not just a reliable store of value, like gold, but also blockchain technology. Therefore, as an asset, it has reacted differently on various occasions.

Even though Bitcoin is better than physical gold, but lacks certain qualities. Therefore, Bitcoin should not just be considered as a digital version of gold but also as a whole new asset class.

Gold is a hedge fund as it does not correlate with other asset classes. It acts as a portfolio saviour when markets are dwindling during times of uncertainty.

One of the main reasons Bitcoin is considered equivalent to gold is its scarcity. Bitcoin is capped at 21 million i.e., only this many tokens can be mined, and it cannot be increased arbitrarily.

Bitcoin, like gold, shows windfall gains and a strong bull rally when the dollar weakens. Physical gold is prone to supply shocks, and similarly, Bitcoin has a supply limit. There is no other commodity that has a maximum upper limit of supply like Bitcoin.

The global head of equity strategy at Jefferies said that the weightage of physical gold will reduce by 50% in the portfolio after people shift their investments in Bitcoins.

There is a growing interest among institutions to invest in Bitcoins. Globally, institutions have held a 7% supply of Bitcoin.

Bitcoin has an advantage over physical metal because it is fungible, portable, divisible, and the ‘native currency’ of the internet.

It is a secure store of value as it is decentralized and independent of third parties, making it difficult to edit and censor. Most of the commodities, like gold, are dependent on third parties for settlement, making them susceptible to being confiscated.

Physical gold needs to be verified as authentic, whereas Bitcoin gets validated on the blockchain itself.

Further, Bitcoin acts as a universal converter of currency and can be used to hold other crypto assets, making it more versatile. Many nations, like El Salvador, have accepted Bitcoins as a legal tender, and it is used for de-dollarization, where the country will use its currency as a medium of exchange rather than relying on the US dollar. All this becomes difficult in gold.

There has been a positive correlation between equities and Bitcoin than gold, making it a risk-on asset.

Bitcoin is a unique asset class in itself, but it is dependent on technology that must be secured to achieve the desired levels of decentralization and censorship resistance.

There is a ‘blockchain trilemma’ where the public networks try to achieve- scalability, security, and decentralization to allow any technology to survive. But crypto networks are finding difficulty in achieving scalability.