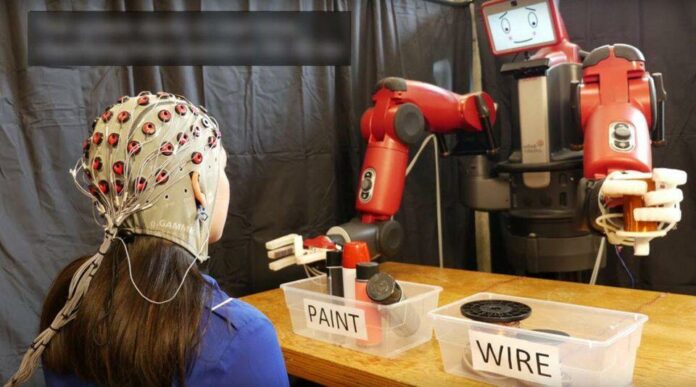 Tetraplegic sufferers are enslaved to their bodies, unable to communicate or move even a single limb.

For years, researchers have been attempting to develop systems that can assist these individuals in performing some tasks on their own. People who have had a spinal cord injury frequently have persistent neurological deficits and severe motor difficulties prevent them from doing even simple activities like gripping an object.

Robot assistance could help these folks regain some dexterity because the robot can perform chores in their place.

Researchers built their system around a robotic arm toen designed several years before. This arm can move from right to leave, adjust things in front of it, and maneuver past obstacles in its way. Trained a robot to avoid barriers in the research, but could have chosen any other type of obstacle.

Engineers began by enhancing the robot’s obstacle avoidance technology to make it more precise. Robots would take a path that is too wide for some obstacles, taking them too far away, and not wide enough for others. Because the purpose of the robot was to assist paralyzed people, needed to come up with a technique for users to interface with it that didn’t require them to talk or move.

An algorithm that can learn from the content of one’s thoughts is capable of adjusting the motions of a robot solely reliant on the ideas of a patient. This algorithm was linked to an electrode-equipped head cap that was used to conduct electroencephalogram (EEG) scans of the patient’s brain activity. All the patient has to do to use the device is stare at the robot.

If the robot makes a mistake, the patient’s brain will send an error message to the robot’s brain via an identifiable signal, as if the patient is saying, “No, not like that.” The robot will then realize that what it is doing is incorrect, albeit will initially be unsure why.

For example, did it get too close to the thing or too far away from it? The mistake message is input into the algorithm employs an inverse reinforcement learning approach to figure out what the patient wants and what actions the robot needs to do to help the robot find the correct answer.

Author - May 14, 2022
0
The brand of Zippo lighters has transcended commerce to become a cultural zeitgeist, an artifact of cool, and an heirloom passed down...

In April, retail employment increased by 47%.