In Terms of Digital Platform, Zee Group of media has touched the new Statistics and boost its presence by completed more than 300 million monthly active users over the world in April 2021. Zee Digital broaden across 31 websites, 20 brands and 12 languages reached and played nicely to achieve the growth of *4X in monthly active users in just two years and endure to lead the digital space amongst the top Indian media publishers.

Zee Digital made a record by completed more than 310 million collections of monthly active users across its network in April 2021, just only from 75 million MAU’s 2 years back in April 2019 under the leadership of Rohit Chadda, CEO of Digital Publisher of Zee Group. While the network signed growth across the portfolio, the biggest benefaction has been given by lead brands like India.com(11x growth), ZeeNews(3.4x growth), DNA(4.3x growth), BollywoodLife.com(5.2x), and WION(7.8x).

As the CEO of Zee Digital, Rohit Chadda said in her statement, “During the past 2 years, our complete effort has been concentrated towards catering to the 450+ million new & entertainment internet audience in India and you can see here the consequences of our effort.” The forthcoming time of Digital content stands in 3Vs- Video, Vernacular(Languages) as well as voice infrastructure has assisted us to raise from 200 million video views in FY21. In the course of lockdown due to this pandemic of Covid-19, we commenced OTT apps for Zee News to fully utilize the increased acquisition of OTTs adding that, we also launched 8 broadcast brands on digital and introduced 3 new regional languages such as Odia, Punjabi, Urdu on digital to enter into these markets in deep.

If we are talking about 2 years back of ZEE Digital, launched digital platforms for all various broadcast brands such that- ZEE Hindustan, Zee Madhya Pradesh Chattisgarh Zee Bihar Jharkhand,  and many more.

In terms to increase fundamental growth, Chadda says, “ preceding year when the US presidential elections going on, we made a first of its kind digital-first global launch of our international news channel WION who have currently 4 billion devices connected globally.” 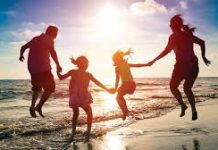 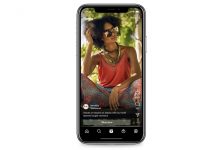 Zee shaping the future of entertainment with HiPi, a short video application.

Poornima Krishnan - June 17, 2021
0
Lockdowns due to an increase in Covid-19 infection have led to widespread financial disruptions as business activities have been suspended or suspended...

All you need to know about preferred shares!

Will PUBG’s return from exile be the same?

FreshToHome offers customers a buying experience against a wet market

NHAI to finish off Rs 15,000 cr through monetization

FAME II Bringing a Change in the Automobile Industry