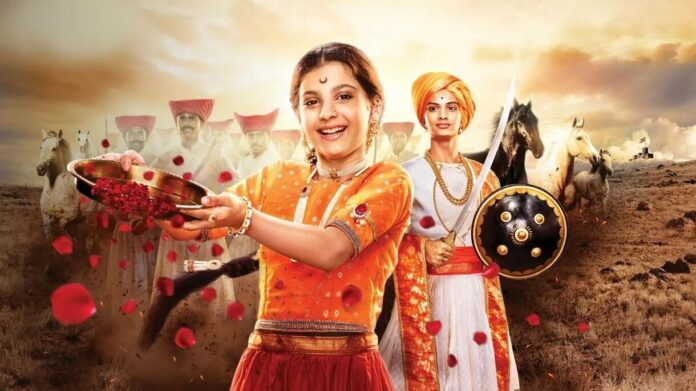 Zee TV recently introduced viewers to the new Indian Historical drama television serial, Kashibai Bajirao Ballal, which narrates the story of one of the most iconic women of the Mughal Empire.

The channel’s past marketing campaigns have been creative and innovative consistently, always managing to drive conversations around the core premise of their latest show and this time it was no different. Zee TV went all out and drove up a lot of buzz and hype and sampling for the new show.

They promoted the show using various methods: railway announcements made by a ‘davandi’ band at prominent stations in ‘peshwaai thaat’, packed with ‘tutari’ players and women in ‘kaashtas’, all announcing the coming of Kashibai on Zee TV; making a social media filter to leverage the sway of strategically identified social media influencers; building life-size rangoli portraits of the cast at eminent locations of Maharashtra.

The life-size rangoli portraits of Kashibai and Bajirao (30 x 30 feet) were showcased at prominent locations in Mumbai, Pune, and Nagpur to create buzz for the show before the launch.

Aarohi Patel, who plays the titular role of Kashibai, and Aishwarya Narkar, who plays the role of Radhabai, visited Nagpur where these artworks were to be displayed and added the final touching to the rangoli themselves.

On the day of the launch, a davandi band with females dressed in Navwari sarees, men with tutaaris, were stationed across entry points of seven railway stations in Mumbai — Chhatrapati Shivaji Maharaj Terminus, Andheri, Borivali, Churchgate, Thane, Dadar, and Mahalaxmi — along with an announcer, who drove the attention of the passengers, announcing the arrival of Kashibai on Zee TV.

While celebrating Kashibai, Zee TV asked its viewers to showcase their love towards the most important women in their lives by using the Peshwinbai Kashibai Bajirao Ballal filter on social media.

Fans had to upload a story using this filter, tag @ZeeTV with #MainBhiKashi. The filter was an incredible success with more than 2,30,521 impressions.

The show is set in the 18th century after the end of the Mughal era. It depicts  the story of a young pampered girl, who went on to become an astute Peshwin bai who held the fort while Bajirao was out expanding the Maratha kingdom.

Kashibai Bajirao Ballal will see how Kashibai and Bajirao, the two leaders whom destiny has brought together at an early age, shape the contours of the Maratha empire.

It also showcases the rich cultural heritage of the Maratha Empire all through the eyes of Kashibai.

Author - December 6, 2021
0
Biden scored a victory in the international sphere after he convinced the Saudis and the Opec+ to increase their oil production to...