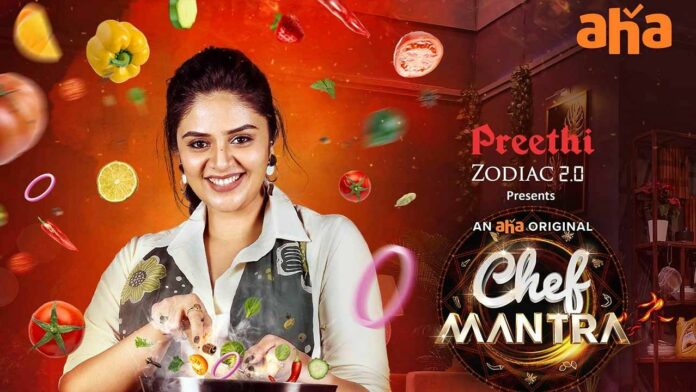 aha, the 100% Telegu streaming service, is starting a new chapter in the non-fiction segment in the Telegu digital space with a culinary talk show called Chef Mantra.

The show is being developed by Fictionary Entertainment aha’s in-house creative brewery.

The host for the show is television personality and actor Sreemukhi, who is a passionate foodie herself. Viewers get to see a nostalgic and sentimental side of the biggest celebrities from the tinsel town through their food preferences.

To bring Chef Mantra to the audiences, aha has joined forces with the leading brands in the industry, like Preethi Appliances, the presenting partner, co-powered by Freedom Oil and Swiggy Instamart. Sid’s Farm is the diary partner and Tenali Double Horse is the special partner.

Food choices shape the personality and lifestyle of these much-loved celebrities and through these preferences, Chef Mantra introduces viewers to a fun dimension of their lives that is seldom explored.

The first episode will premiere on aha on the 17th of November, featuring Regina Cassandra. Chef Mantra will also be graced by the presence of stars like Adivi Sesh, Shriya Saran, Suhas, and Nabha Natesh.

The show is directed by Naga Raju Katta, who was in the past associated with a wide range of television shows across various genres including SaReGaMaPa, Dhee, and the Big Celebrity Challenge.

The show is written by Prabhu Kishore and Kumar, who have considerable experience in the media industry. Aamil Hemani, famous chef, is the food stylist for the show.