Passionate In Marketing
Home Articles Consumer Behavior and CRM A new season in the house; Minus One premiere on Lionsgate Play
Facebook
Twitter
Google+
Pinterest
WhatsApp

The season of web series and shows have taken a rapid pace in terms of engaging the audience. The pattern of the viewers has now shifted to the newer shows and series that are being curated from the real-life experiences of the people. One such show that has been aired on YouTube is Minus One. The series features Ayush Mehra and Aisha Ahmed in the lead roles, the series instantly became a hit with the major number of audiences watching the series having a never-ending interest for the couple.

The series follows the journey of Ria and Varun, who with time develop a conflict of the case for holding on or letting go of the phase of their relationship. The storyline is a much-awaited forum for all the teenage love who try to find a solution with time without letting go of the beautiful terms of a relationship. The show discovers a ton of emotions through the camera, with the ace actors Mehra and Ahmed keeping the expectations up to the mark giving out the best as the artist for the series. The storyline is very much relatable to the modern-day love of two people who are residing in an unknown city. The conflict of interest amuses the audience for a longer time giving them an interval to relapse the scene with an appropriate mood and feeling of love.

The first season of Minus One ended with a bang, keeping it straight to the point. But, for a long time, the viewers of the shows wanted the second season of the series, and it seems that the makers of the project listened to the request of the audience. Now, a few days back the producers announced that there will be the second season of the show on the demand of the viewers, and yesterday, the confirmation came from the actors themselves, that they have started the shoot for the second season of Minus One. It is also being reported that this time the shows will directly get rights from the Lionsgate Play to air the new season.

Rohit Jain, the MD of Emerging Markets Asia, Lionsgate, said that from now Lionsgate will also investigate the niche section of the audience and preferably make those shows and concepts that will inculcate the freshness of the section for the audience. And added that Lionsgate Play is proud to add such a famous series Minus One to their family. 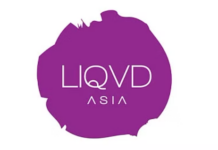 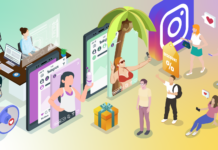