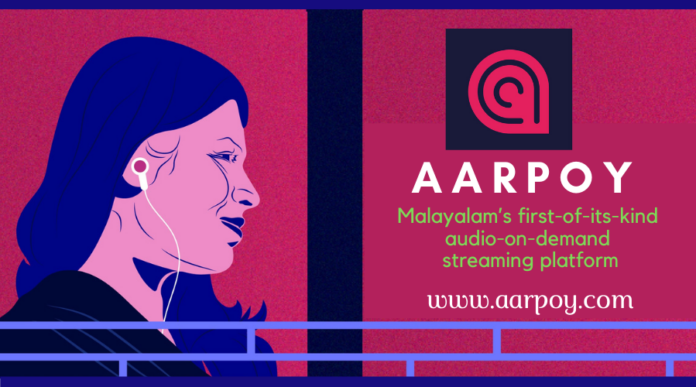 Collective Phase One is a group of filmmakers, artists, and media professionals who played a significant role in producing a new wave in Malayalam cinema. Some of their work includes critically acclaimed films like Annayum Rasoolum, Eeda, etc.

They have expanded their wings to other fields like film making, acting workshops, disaster relief, rehabilitation, and collective organic farming.

It also features audio programs of famous and renowned figures of Malayalam cinema and cultural areas.

Aarpoy aims to become the quality infotainment for Malayalam listeners across the world. It is a platform that will provide equal importance to both the quality of the content and the technicalities of its audio.

Aarpoy captures 360-degree sound from the natural forests of Idukki that will surround listeners with an atmosphere of peace and tranquillity.

Another amusing program featured by this Malayalam podcast is a special interview with a local underworld done by Mattancherry.

Aarpoy’s first season highlights the dramatic adaptation of the chronicles of Amanullah, with actor Sreenivasan lending the lead voice. Amanullah was a person who helped the Gulf migrants to deal with their trials and tribulations.

B. Ajithkumar, film editor, director, and a member of Collective Phase One commented on the need for such an exclusive podcast for Malayalam language to provide content-rich, quality audios for Malayali listeners.

He further commented that Aarpoy would be adopting a hybrid-revenue model that will provide total transparency while sharing its revenue with content creators.

The Malayalam podcast, Aarpoy has recently launched, and Malayalis hope that it offers them quality-rich, potential, and informative content.