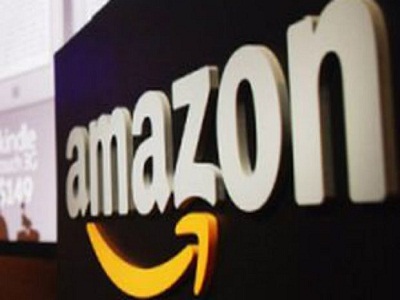 Amazon India launched a $250 million investment fund, Amazon Smbhav, on Thursday to finance start-ups. The fund will invest in start-ups and entrepreneurs who are working to digitize small and medium businesses (SMBs) and accelerate technology-driven advances in agriculture and healthcare.

At the four-day Amazon Smbhav summit, which begins on Thursday, the multinational e-commerce company, which has been accused by local traders of favoring favored sellers and engaging in unfair market practices, unveiled a slew of initiatives for small businesses.

The Local Shops on Amazon initiative, according to Amazon, aims to add nearly one million Indian offline retailers and neighborhood stores to its marketplace by 2025. It will also launch the ‘Spotlight North East’ project, which aims to put 50,000 artisans, weavers, and small businesses online from the region’s eight states by 2025, as well as raise exports of key commodities such as tea and spices.

“These initiatives reaffirm Amazon’s commitment to digitize 10 million small businesses, enable $10 billion in exports, and create one million jobs by 2025,” the company said. Local traders have launched ‘asmbhav,’ a virtual event to “raise voice against practices of international e-commerce retailers,” in response to the firm’s annual Smbhav event, which it launched last year to celebrate its growing group of SMBs. Over 6,00,000 small Indian traders, dealers, and merchants, both offline and online, are represented and supported at the summit.

They said in a statement that a key topic that came up at the event was the need for tighter enforcement and penalties for wrongdoings committed by international retailers posing as marketplaces.

“My proposal is for the RBI to investigate Fema violations wherever they occur so that international platforms can be tested and stopped if they are defaulters,” said Ashwani Mahajan of the Swadeshi Jagran Manch.

Traders argue that while Amazon claims to have lakhs of sellers on its website, selected sellers account for nearly 80% of the company’s revenue.

The topic of ill-treatment of small retailers by “so-called platform owners turned marketplaces” was also addressed, according to the trader groups. “The small to medium-sized traders have been continuously subjected to a cruel prejudice by the international retailers,” said Abhay Raj Mishra, president of Prahar. It is clear that these merchants have no reason other than to serve as lifeless statistics for the big platforms to brag about their reach and depth.”

Radha G - May 2, 2021
0
Wipro is one of the leading information technology and business services company, recently announced that it has reinforced its pact with Citrix...