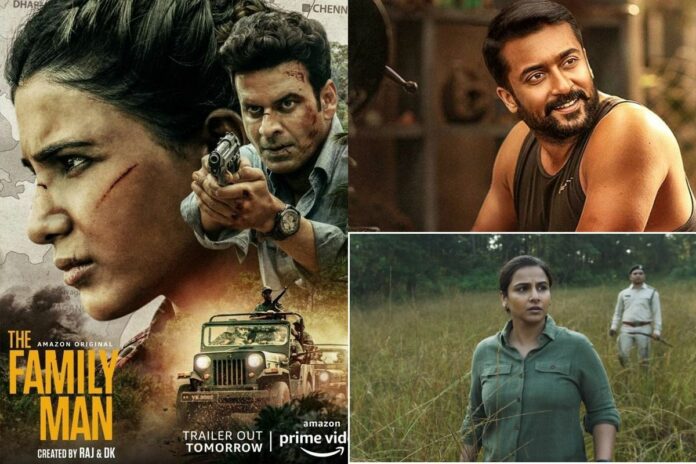 Amazon Prime Video has declared its winners for the year 2021 a massive win at the Indian Film Festival of Melbourne. From, Amazon Originals The FamilyMan to Mirzapur Season 2, Sherni and Soorarai Pottru, streaming earned the honor for its most desired titles at the prestigious event.

Indian Film Festival of Melbourne is the biggest festival in Australia, awarding the best of Indian cinema. The festival showcases a wide array of Indian content and encapsulates the best of entertainment from the Indian sub-continent.

At Amazon Prime Video, it has been a goal to boost the audience across the world and also wants to bring forward stories that connect, inspire and at the same time entertain the audience. Keeping in mind the customers and their needs they work with customers backward.

· Mirzapur Season 2, has been identified as the “Best Web series”

· Suriya Sivakumar has won the honor for “Best Performance (Male)” for his role in Soorarai Pottru, and the film has also won in the category of ‘Best Film’

· Malayalam family drama, The Great Kitchen has got an appreciation for ‘Equality in Cinema’

Each of our Amazon Original titles has managed to entertain audiences with interesting storylines and superlative performances. Prime Video had brought joy to the safety and comfort of consumers’ homes across the world.

Puneet Krishna, Creator, Mirzapur Season 2, said, “I am delighted beyond words for Mirzapur’s success at the Indian Film Festival of Melbourne. As a producer of Mirzapur, the series is extremely close to my heart. It has been an unbelievable experience to explain the riveting universe of Mirzapur to audiences worldwide. With the most distinct characters, each has unique differences to describe.

Vidya Balan, said, I am happy about winning this award and also excited about winning this award at the Indian Film Festival of Melbourne. Sherni has been special for me not only for the character I got to play but because it examined into a space lesser-explored in cinema. It’s a related subject that needed to be told. This award is for my team. Also thanks to the audience for all their love.