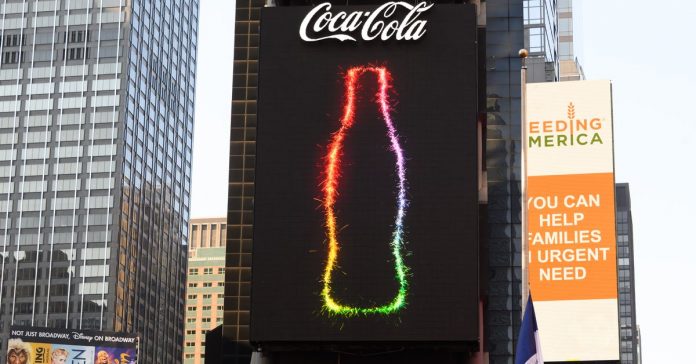 When the coronavirus crisis took hold of the western world, many advertisers initially responded by pausing their investment or at least reining in.

But that dysfunction faded quickly as companies re-estimated and adapted to the circumstances. To others, the tactic was to transfer their energies to e-commerce, while others would take it upon themselves to spread messages of public health.

Digiday examined the latest earnings reports from the list of top 10 ad spenders (according to 2018 RECMA data; the ranking for 2019 is not available until September) to see how they adjust their marketing campaigns to the current crisis.

1. Coca-Cola: A more focused emphasis on its big brands

In the period, Coke pulled back heavily on marketing spending — its sales, general and administrative costs were down 34 percent — just over $1 billion — compared to the quarter of the year.

Quincey said Coca-Cola is now concentrating its marketing efforts on its largest brands and experimenting more disciplined. One example of this is its latest global advertising campaign, “Together Tastes Better,” which shows how its drinks can be mixed with meals. Coca-Cola is also releasing its “Open” campaign next version this summer, A move which, as Quincey put it, “invites the world to enjoy simple and essential things in life.

The pandemic has become a blessing for profits by Amazon because customers avoided the stores and shipped goods directly to their homes. Net revenues in the second quarter soared by 40 percent to $88.9 billion, and the company booked a record quarterly profit. Also, Amazon pointed out $4 billion in expenses related to “COVID-19,” such as purchasing personal protective gear and providing bonuses to its front-line staff and delivery drivers.

The company expects revenues to rise between 24 percent and 33 percent next quarter compared to the previous year. The “other” division of Amazon, which primarily comprises advertising sales, increased by 41 percent to $4.2 billion.

Throughout this fourth quarter, Amazon plans to hold the Prime Day shopping celebration, rather than the third, so as not to impact service to its customers who depend on its service during the ongoing coronavirus crisis.

Unilever posted a 0.3 percent decrease in revenue growth in the second quarter, but its stock still plummeted when it announced earnings last week as analysts had expected a bigger drop. Sales of products such as Dove soap, Domestos bleach, and the new Lifebuoy sanitizer increased exponentially with hygiene in front of mind for consumers.  As customer tastes changed, Unilever said that it will “week-by-week” change and reallocate its brand and marketing investments. That, combined with falling ad prices in most media markets, has resulted in the company’s brand and marketing expenditure declining over the period by 100 basis points — but also improving performance.

admin - April 15, 2021
0
Mumbai Indian's captain Rohit Sharma, who was spotted wearing spikes with “Save the Rhinos” art in the very first match of IPL...