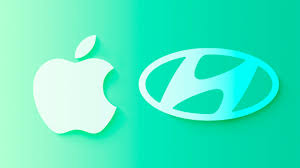 After a galore of speculations Apple, the tech giants are closing for a deal with the South Korean multinational automotive manufacturer Hyundai for developing its own branded autonomous vehicles. A report by CNBC television, which was the latest on the possible tie-up, mentions that the deal attributes to the long-term efforts of Apple for producing Apple brand vehicles using the self-driving technology which it has been developing for years. Accordingly, Apple was looking for an established automaker for the vehicle development that will further permit them to control the implementation of software and hardware that will go into the vehicle. Apple is planning to work with Hyundai and its Kia brand to develop an Apple-branded autonomous electric car at the Kia assembly plant in the southern state of Georgia for the production of the car. The so-called ‘Apple Car ‘ will be developed by an expert team of Apple and is tentatively expected to begin its production from 2024 onwards. The report further added that as a part of the deal, Apple plans to make a multi-billion dollar investment in the Kia brand of Hyundai.  Though the deal was not finalized yet, the companies expect to produce over 100,000 Apple vehicles per year from 2024. Hyundai in response mentions that it has received interest from numerous companies for co-operating on self-driving cars but did not confirm the deal with Apple. Sources also reported that Apple may decide to work with another automaker separately or in addition to the Hyundai partnership. With the release of news, a 2% rise in the Apple shares was observed. The deal seems to be mutually beneficial for both companies. Through the Apple cars, Apple aims to capture the global auto and mobility market which costs $10 trillion while Hyundai believes to accelerate their own autonomous electric and vehicle plans. The deal between Apple and the South Korean automaker Hyundai is expected to be announced in February 2024 and will be a milestone for both the market giants.