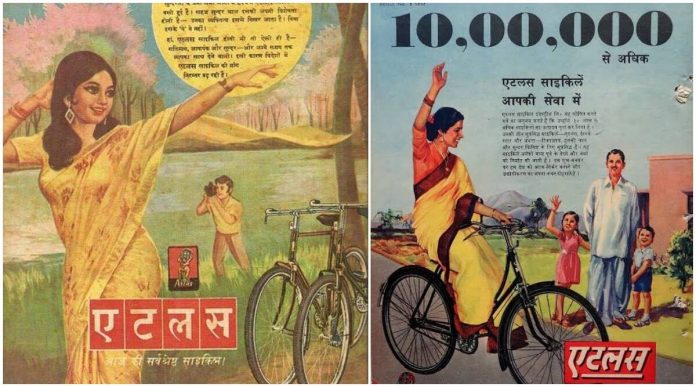 On June 3rd, world bicycle day, the last manufacturing unit of the atlas cycle industry put a lock on the shutters in Sahibabad, just outside the national capital. The main reason behind this shutting is the lack of funds which ironically happened in world bicycle day. This is a tragic end for a brand that started in 1950 and act as a mesmerizing brand until 1980.

After the entry of hero cycles, they faced huge pressure in the bicycle market. Hero cycle gradually inched ahead of it. During the period 80-90, there was a strong heated competition between these brands. But after the 90s, hero bicycles went far beyond the atlas. By the early 2000s, hero cycles triple jumped in the race and pushed back atlas cycle industries to no.2 slot and became the emperor of the cycle industry.

Atlas cycle was set up in Sonepat, which is now in Haryana, by Janki Das Kapur in post-partition India in 1950. In the beginning, it was made in an improvised shed, which later was transformed into a 25-acre factory complex in a record period of 12 months in 1951. In the starting year of the operation, they rolled out 12000 atlas cycle from the plant. By 1965 atlas has emerged as India’s largest cycle manufacturer by competing with established brands like Hercules and Raleigh.

The family conflict triggered the decline of the company and the brand slowly vanished. Twenty-five years ago, the financial guy categorizes the atlas cycle as ‘too big to fail’, their Sonepat factory alone was spread over 25 lakh square feet, and there were many factories that came later. Atlas was the market leader for at least 20 years then it moved to no.2 for the next 10 years. Lack of planning for obsolescence was the prime reason for the collapse. They had the opportunity, huge market, distribution, manufacturing infrastructure but they didn’t have the ambition to drive the market. They failed to realize and absorb the ongoing changes in the product ranges.

Finally, the demise of the brand may have eventually been catalyzed by management fallouts and not marketing failures, but whatever be the reason, it pulled down the shutters forever.

Passionate In Marketing - July 15, 2020
0
Programmatic advertising is one among the fastest growing digital marketing channels thanks to its vast pool of inventory, and buying efficiency. It...

Coca-Cola comes up with the great meal campaign

Jeep Launches ‘My Jeep Story’ for owners to narrate the bond...

Here’s how Spotify’s #Listening Together campaign is uniting people.

Adidas & McDonald’s: launches a sauce pack collection of shoes for...

Amul’s Panchamrit for temples; makes it simpler, sterile for fans in...

Google in talks with Jio to forge a $4 Billion deal

Here’s how Spotify’s #Listening Together campaign is uniting people.