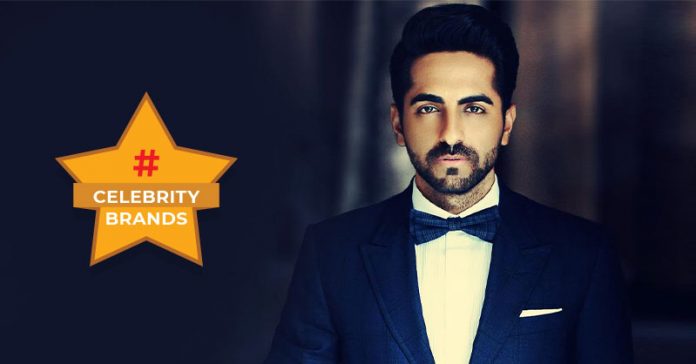 Over the past few months, more than a dozen brands have either signed Ayushmann Khurrana as their celebrity endorsement or launched commercials that star him. The latest examples include KitKat, Bajaj Allianz Live, Peter England, Sprite, Club Mahindra, and The Man Business.

Since the outbreak of the pandemic, other celebrities, including Salman Khan, Deepika Padukone, Priyanka Chopra, Shahid Kapoor, are evidently less visible on the screen advertising branded contents.

According to Hitesh Dhingra, MD, and founder of The Man Company, Ayushman Khurrana is a self-made man who has been pushing the boundaries, speaks New India’s language through his films and beliefs, and sparks significant social conversations. The brand thinks the appearance, gender, race, lifestyle, occupation, and even sexuality are insignificant to being a gentleman. What matters is the intrinsic characteristics one possesses and the constantly evolving mentality. With his cinematic choices, Khurrana has shown different shades of gentlemen. He has shown that a man can reach for the sky with passion and skill. He has addressed the problems in his own way and taken them to the mainstream.

Chaitanya Joshi, creative director, Dentsu Webchutney said, Khurrana says tales that could happen in your living room for the middle class still binge in the 1980s and 90s Bollywood. He is not the ‘basti “Raju, or Munna, who is rebellious. Nor is he the young Rahul, who would inherit the name Malhotra. Khurrana is the relatable  Vicky or Mudit. And this relatability can be a game-changer for several brands. On a deeper basis, Khurrana ties with the Indian middle class. fHis aspirations for  Bollywood did not stop him from marrying his longtime girlfriend and having children. And like the middle-class Indians, he’s keeping away from controversies. He is a good choice for a company operating in one of the largest middle-class markets.

Most industry experts believe that Ayushman can take brands to the mind of middle-class people than any other celebrities.

Author - October 23, 2021
0
Adding cheer to the celebration for those progressing to buy gold at a reasonable price, MMTC-PAMP, a globally accredited refiner and fabricator...