RBI claimed that fraud occurred primarily in the loan portfolio, both in terms of volume and value. Similarly, fraud grew by volume to 8,707 cases in 2019-20, compared to 6,799 cases in the previous year, as reported in its annual report by Reserve Bank of India (RBI). However, during the June quarter of the current financial year, the banks reported a decline of 32 per cent year-on-year (y-o-y) in the overall value of the fraud. The data RBI releases contain just Rs 1 lakh and above frauds.

According to RBI, there was a concentration of large-value frauds, with the top fifty credit-related frauds accounting for 76 per cent of the total amount identified as frauds during 2019-20. According to RBI, if an account is classified as fraud, banks need to set aside 100 per cent of the outstanding loans as provisions, either one-way or spread over four quarters. According to data provided by the central bank, among the registered Public Sector Banks 80 per cent accounts for fraud, followed by banks in the private sector at 18.4 per cent in 2019-20.

The central bank stressed the delay in detecting fraud early. The average lag between the dates in which fraud occurs and their identification during 2019-20 was 24 months. However, in major Rs 100 crore frauds, and above, the average lag was 63 months. The regulator has given numerous explanations for the delay in recognizing fraud.RBI said that there is a failure in fraud detection. The slow implementation of Early Warning Signals (EWS) by banks and the inability to identify EWS during internal audits, the non-cooperation of borrowers during forensic audits, inconclusive audit reports and the lack of decision-making at joint lenders meetings account for delays in fraud detection.

To understand the reason behind the delay in recognizing such frauds, the RBI is expected to conduct a report on a few major frauds. RBI says that, with timely and definitive forensic audits of borrower accounts under review, the EWS system is being revised alongside reinforcing the concurrent audit feature. The regulator, in conjunction with the Central Vigilance Commission (CVC), had set up the banking fraud advisory board (ABBF).

However, the banks have seen a decline in the number of frauds registered in the current financial year quarter of June. 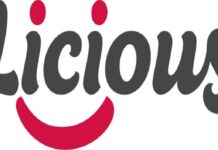