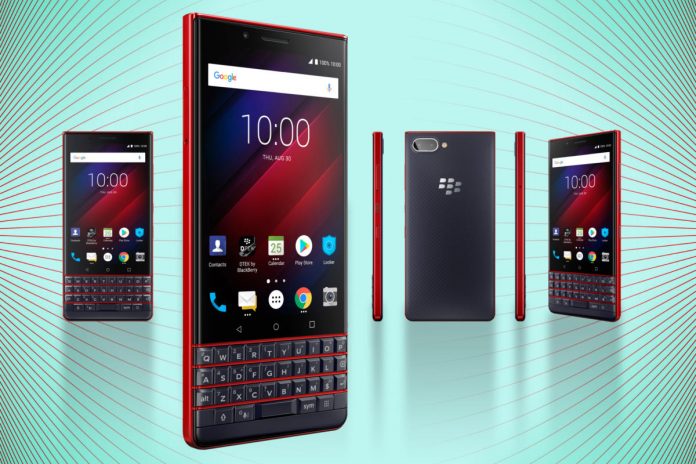 BlackBerry was one of the most well-known smartphone manufacturers in the world, specializing in secure communications and mobile productivity, and outstanding for the keyboards.

The first BlackBerry device, the 850, was introduced in 1999 as a two-way pager. The name BlackBerry was introduced by the marketing company Lexicon Branding. The name was selected due to the similarity of the keyboard’s buttons to that of the drupelets that compose the blackberry fruit.

In September 2013, there were 85 million BlackBerry subscribers worldwide, but BlackBerry lost its supreme position in the market due to the success of the Android and iOS platforms and finally, its numbers had fallen to 23 million in March 2016.

BlackBerry brand is now returning to the smartphone market once again. The returning of this brand is, however, courtesy a Texas startup named OnwardMobility that has experience in building security solutions for ministry and enterprise customers. The new BlackBerry phone is going to be a 5G device, featuring a physical keyboard and include an inventory of enterprise-focused security measures. The new improvement comes to a touch over six months after previous BlackBerry brand licensee TCL Communication announced that it might cease the sales of BlackBerry-branded devices starting August 31.

OnwardMobility is about to launch the primary 5G BlackBerry smartphone, supported Android with a physical keyboard, as early the half of 2021. The phone will currently launch in North America and Europe. However, there’s not any clarity or information on whether it might also reach other markets at a later stage.

It was informed that BlackBerry smartphones will include QWERTY keypads and 5G support, and also not much has been revealed about the devices, it is being speculated that it wouldn’t be a flagship device but a feature-packed mid-ranger. The coming back of BlackBerry will make some changes in the current market scenario.

Establishing the partnership with Onward mobility, John Chen, Executive Chairman of BlackBerry said, “BlackBerry is thrilled OnwardMobility will deliver a BlackBerry 5G smartphone device with a QWERTY keyboard, influencing our high standards of trust and security feature with our brand. We are delighted that customers will experience the enterprise and government level security and mobile productivity the new BlackBerry 5G smartphone will offer.”