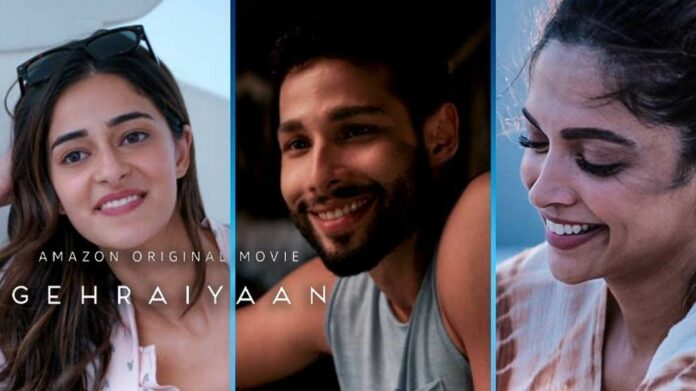 The Municipal Corporation of Mumbai recently shared a clip from the ‘Gehraiyaan’ movie trailer, in an effort to remind citizens of the significance of properly disposing of waste.

‘Gehraiyaan’ will be released on Amazon Prime on February 11th, which will feature Deepika Padukone, Siddhant Chaturvedi, Ananya Pandey, and Dhairya Karwa.

Users flooded Twitter and Instagram with funny memes and meaningful posts in response to the trailer, which piqued their attention.

The Brihanmumbai Municipal Corporation (BMC) took it to Instagram posting a scene from the trailer.

Deepika Padukone is seen reprimanding Dhairya for not properly disposing of the garbage in the scene.

The BMC posted the clip with the caption, “Understand the ‘Gehraiyaan’ of the situation and dispose of waste wisely. Be the better half please.”

BMC’s tweet caused a stir on social media, and they gained lots of funny responses. It did catch the attention of the users.

In addition to Deepika and Siddhant, the film also stars Ananya Panday as Tia and Dhairya Karwa as Karan, as well as Naseeruddin Shah and Rajat Kapur.

The film will now have its worldwide premiere exclusively on Amazon Prime Video on February 11, 2022, it is co-produced by Dharma Productions, Viacom18, and Shakun Batra’s Jouska Films.

Meanwhile, Deepika Padukone remarked that “Gehraiyaan” is a “raw” film in which she had to reflect on her own life experiences to play Alisha.

She also adds that she wants to say bold, but also doesn’t want to say bold because the way they interpreted bold in their films was raw.

This role is a lot rawer and more genuine than some of the others, simply emotionally, fully stripped, naked, and vulnerable, and it has to come from a deep place to be able to perform it on film, she said.

She added that it’s not to say that she hasn’t had such experiences earlier, but this time she had to delve deeper and visit places that weren’t pleasant in her real life, as well as cope with mental health issues.

“So, all of it came from a deep place, all of it,” she concluded.