There was a 6 percent increase in the shares of Bharat Petroleum Corporation Ltd (BPCL) on Tuesday after the announcement that it will be exiting from the Numaligarh Refinery that is located in Assam. BPCL said that the exit would be the result of its decision to sell its entire stake at Numaligarh refinery in Assam to a consortium of Oil India Ltd and Engineers India Ltd for Rupees 9,876 crore. This sale of the Numaligarh refinery has cleared the way for the privatization of the country’s second-largest fuel retailer company. On the BSE the shares went p by 6.04 percent to reach a 52-week high value of Rs 482.40. A similar rise in stock price was also seen on NSE where it reached a 52-week high of Rs 482.40 and consequently surging by 5.96 percent.

In agreement with the Assam Peace Accord, the government made the decision to keep the Numaligarh Refinery Ltd (NRL) in the public sector only. As a part of this accord, a conclusion was reached to sell the entire 61.65 percent stake of BPCL to the state-owned firms. An interest in the stakes put up for sale by a consortium of Oil India Ltd, Engineers India Ltd, and the government of Assam. The BPCL board then approved the sale on Monday. A meeting of the board of directors of BPCL was held on March 1, 2021. It was in this meeting that the proposal put forward for sale of the entire equity shares amounting to 445.35 crores which were held by BPCL in NRL to a consortium of OIL and EIL and the government of Assam was approved, as stated by the firm in a filing to the exchanges. The consortium of OIL is and EIL is most likely going to acquire around 49 percent while the remaining stake of 13.65 percent would be in the hands of the government of Assam. 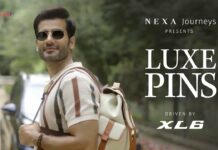