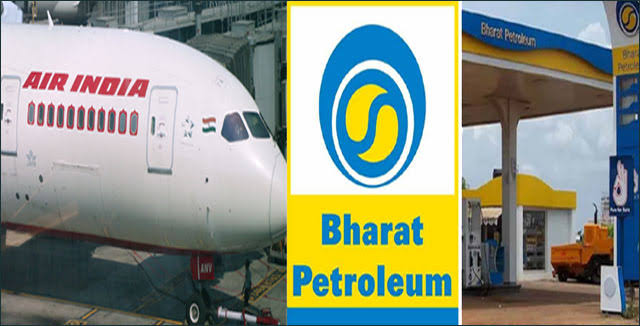 The government intends to complete and settle all the transactions with the shortlisted bidders for fuel retainer-cum-refiner BPCL and national carrier Air India (AI) once they submit their financial bids which are expected within a couple of months. The government decided to grand extra time to the bidders even though the department of investment and public asset management (Dipam) had set a target of completing all the transactions by the end of June. The pandemic has restricted overseas travel and this creates difficulty for buyers who wants the help of experts in assessing the value of assets and the physical verification of various equipment.

Vedanta, Apollo Global Management and Think Gas were the three bidders who showed interest in BPCL. The Centre couldn’t conclude most of the big-ticket deals in FY21 and brought down their target to Rs32,000 crore from the initial 2.1 Lakh crore. But the Centre is determined on achieving the target of 1.5 Lakh crore in FY22. The Centres stake in BPCL is down to 35% from 53%. The value of the Centre’s stake was Rs 60,000 crore in November 2019, which went down to 39,000 crores on Oct 16, 2020. It has slightly recovered to reach Rs 50,000 as on Tuesday this week. BPCL operates in a total of four refineries in the country namely Mumbai Refinery (1955), Kochi Refinery (1966), BORL-Bina Refinery (2011), and Numaligarh Refinery (1999) having a combined crude oil refining capacity of 38.3 MMTPA (766 KBPD). The stake BPCL has in Numaligarh Refinery is to be sold separately to CPSE oil firm.