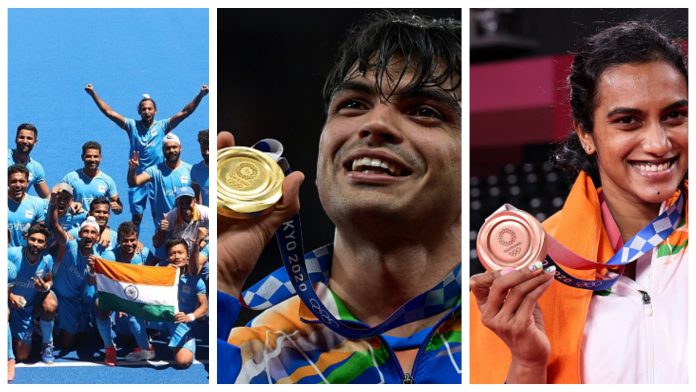 On 7th August 2021 is forever engraved in the history of Indian sports with its first-ever gold in athletics by Neeraj Chopra. With overall seven medals, Team India gave its best Olympics performance at the Tokyo 2020 event.

Byju is an intent supporter of the sports in the country. The accomplishments and achievements of Indian sports at the Tokyo 2020 Olympics are inspirational, challenging by COVID-19 lockdown in 2020-21. Not only each one of them made the country proud also lighted hope and ambition that our country can create not only now also many more Olympic champions in the future.

Sports has a crucial role to play in nation-building, now it is a moment to celebrate our Olympic champions, not just once in 4 years, but every single day. Every Olympian has worked hard and excelled in lifting the country’s weight on their shoulders.

Also, Bengaluru-based airline Star Air announced free lifetime travel for Indian Tokyo Olympics winners. Budget carried IndiGo airlines announced unlimited free tickets for Chopra for one year. The airline on Sunday said that it will grant endless free travel to Gold medallist Chopra for one year. The identification of Neeraj Chopra winning the Gold Medal at Tokyo Olympics 2020 in the finals of javelin throw. The proposition is relevant from 8th August 2021 to 7th August 2022.

Neeraj Chopra the second Indian to win an individual gold in the Olympics. His win also took India’s medal tally at Tokyo to seven, making it the best Games for the country.

This small movement will help the winners during their journey forward to win more laurels for the country and inspire many more youngsters to dream big. India has a huge potential to create many more gaming heroines, and it is important to celebrate successes like this. Thank you for filling us with so much pride and making everyone proud.