The online music sensation, Yashraj Mukhate has again hit the internet – This time collaborating with the Mondelez possessed brand Cadbury and creating a very special tune using Cadbury itself.
The tune is made with the sound made by blowing on the Cadbury wrappers. This talented musician from Hyderabad has mixed it beautifully to the melody ‘We wish you a Merry Christmas’ and surprised his fans once again.

The video features the musician himself making sounds by blowing to a wrapper. This less a minute video begins with the footage of him having Cadbury choclairs toffee. After which he does something which everyone could relate to, whistling using the wrapper. Yashraj has brilliantly arranged and mixed these sounds with other instruments to put it into this famous song- wishing merry Christmas and a happy new year to all his fans.

Mukhate’s claim to fame was when his musical remix of dialogue from a Hindi GEC serial ‘Saath Nibhana Saathiya’ went viral. This video kept trending for weeks on Youtube. He has created a whole new fanbase with his creative music renditions to famous dialogues starting from ‘Rasode Mein Kaun Dha’ which became viral overnight.

Cadbury isn’t his first melodic cooperation with a brand. He had also collaborated with Dream11 during IPL last season, creating a unique jingle using ‘Team bana lo’ dialogue from their ad itself. After that when Netflix came up with its show ‘Indian Matchmaking’ recently, He made a melodic remix out of the dialogues spoken by one of the characters featured – Sima Taparia. His latest viral hit was the remix tune on the dialogues of a Bigg Boss contestant Shehnaz Gill. In the clip, Gill is seen inquiring as to whether her emotions matter or not. She asks ‘Tuadda Kutta Tommy, Saada Kutta?’ (Your dog is Tommy; however, my dog is just a dog?) Yashraj made a tune out of it which got so popular in quick succession. Yashraj has now found a whole new section of the audience for exhibiting his creative brilliance. 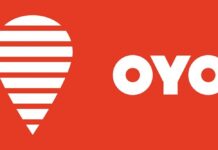 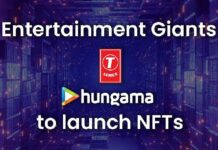 Passionate in Marketing - January 27, 2022
0
The company scored above the overall average, with highest scores in the equal pay and gender pay parity categoriesThis performance is a...