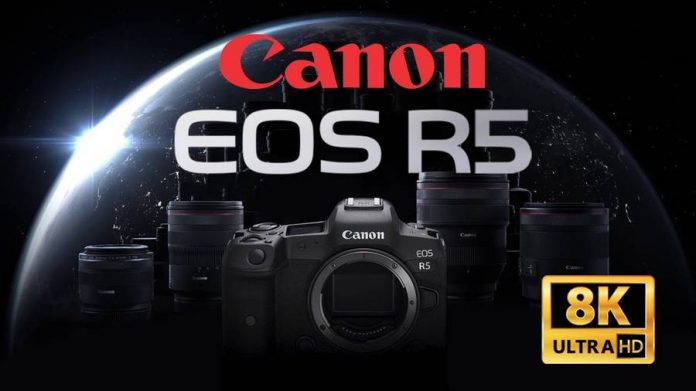 Canon EOS R5, has been influenced by a lot of users. Its recording capabilities of 8K RAW videos attract everyone and has received lots of attention in the current era. Canon representative has been admitted in an interview that the top-flight video features are been included in Canon EOS R5 mainly for marketing reasons. Hence, the R5 did well all over the world, particularly in China. The financial year 2020 Canon EOS R5 and Canon EOS R6 were the two cameras that helped to exceed sales projections.

Anyhow, in latest news says that the company will release a firmware update for Canon EOS R5. That will help the users, in two major improvements including C-Log 3 support and 1080p videos at up to 120FPS. Canon Rumors writes, that the next Canon firmware update, for the Canon EOS R5 is still on schedule to be released sometime in February 2021, they also suggest that the new firmware is already been out in the beta form in loaner cameras. Currently, the EOS R5 is limited to shooting in Canon Log 1 and can be recorded 1080p videos at up to 60FPS frame-rate. Canon Log 1 to Log 3 means that the camera will boost up to 14 stops of dynamic range. The image provides better quality that may benefit while editing photos. The increased frame-rates ensure smooth slow-motion videos. the users were expecting since the launch of the camera was1080p up to 120FPS video features. Knowing that Canon EOS R6 can record 1080p up to 120FPS since the word goes, users wanted the same from the EOS R5.

The upcoming firmware updates fix some current bugs as well as add Canon Cinema RAW. There are no further pieces of information on whether the users will get an improvement for the camera’s overheating problems which held in the past. Canon has the great potential to bring new updates. For now, let’s look forward that Canon will bring up its latest updates for the EOS R5.