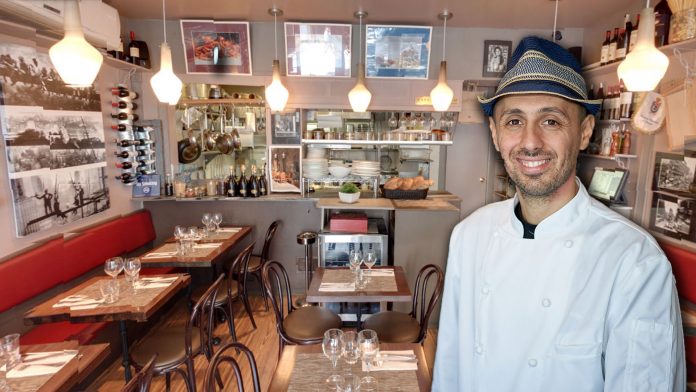 Owner and head chef of Piccola Cucina, Philip Guardione, grew up in a household that cooked a lot. Many Italians, especially southern Italians, treated Sundays as an obligation to eat and cook together.

At a young age, Guardione was cooking professionally, as his father had pushed him and his brothers to leave the country to work in leading gourmet kitchens across Europe. By the time in 2007, he had already shown his class in Switzerland, Milano, Paris both as a personal and head chef in prominent hotels and restaurants. Because of this, he was able to be in New York with a portfolio.

New York City was supposed to be just a visit for Guardione, but the energy and liveliness of the people beckoned him. He stayed. While he was there, a gem of an opportunity opened doors to start a restaurant with a partnership in New York, which he later acquired, and Piccola Cucina was born.

However, the inceptive days of Piccola were not the home-like premise it is now known for. When he first started with the restaurant, he ideated, to begin with, more gourmet cuisine. But, this was not the case. They witnessed clients wanted something else. So, Guardione made the required alterations, embracing inspiration from his childhood. He took inspiration from the food that his grandmother would make, he said.

When he revisited his days of innocence, honored and filled with flavors of his grandmother’s cooking and Sicily, his business flourished. Using ingredients native to Sicily such as squid ink, plum tomato, swordfish, sardines orchestrated the flavors to sing. The menu is purely Sicilian, and nothing differs from that of little restaurants in the streets of Catania with dishes like grilled calamari with avocado and pane carasau or spaghetti with sea urchins – just like nonna used to make.

Elevating the best dishes, focusing on always keeping it simple, and a trip back to Sicily whenever a customer devoured a dish became the aim. Today, Piccola Cucina situates in 5 active locations: 3 in Manhattan, 1 in Ibiza, and a pop-up in Montana.

Passionate in Marketing - August 12, 2022
0
An investor education initiative that aims to empower and support women to begin their financial independence journey Ahead of India’s...