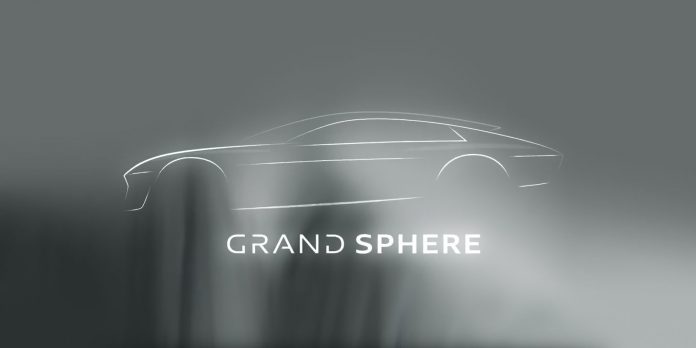 As the automotive sector is dynamically moving towards a generation beyond the internal combustion engine (ICE), designers are contemplating how the shape of a car can and should transform once liberated from the physical limitations of the traditional powertrain.

Many battery-driven vehicles seen to date are the visible transformation of the familiar shapes seen on the road. Start-ups like Canoo have tasked up for a complete makeover although the outcomes of aesthetics are questionable. Now, Audi is moving towards this path along with a chain of three forthcoming design concepts with the first two coming in August and September respectively.

The electric models from Audi, so far, include the e-Tron, Q4 e-Tron, and e-Tron GT all have shapes that could consist of an ICE. The pristine concept chain will attempt to showcase the planned upcoming phase of Audi design as envisaged by the 450 employees working at the three studios of the brand in Ingolstadt, Germany, Malibu, California, and Beijing, China. The intention of the three is to fulfill a specific role, but each of them is built around a common central theme, the sphere.

In early August during Monterey car week, the first concept will be displayed and it will be known as Sky Sphere which will showcase some kind of glass or open roof design, establishing a living space to the outside world. The living space is the sphere seen by Audi, the world that engulfs those who choose to relax, work, or be entertained. There is a connection between the inside and out, which is described as the living sphere of the car. So, launching something like this in a sunny California is just heavenly. The third concept that will be showcased is the Urban Sphere – an automobile focusing on mobility in the 21st-century megacity like Beijing.

The second concept will be the Grand Sphere releasing in September in Munich. Audi has spread some teaser sketches that offer some hints about the design. Based on that, it appears to be a very short front end and close to no overhang past the wheels. It allows the bulkhead and instrument panel to be moved forward and shifted away from the front passenger and driver.

The overall interior theme is minimalistic, but not completely crisp. For instance, among the interior features of this luxury GT is a refreshment console with a pair of cups. This is authorized by the flat floor consisting of the battery, no necessity for a central driveshaft.

Although no other details other than the names have been published on these concepts, the Grand Sphere will have its public reveal at the IAA Mobility event in Munich, replacing the former Frankfurt Motor Show. This will run from September 7 to 12.

Amritha S R - August 6, 2022
0
An analysis of the winning advertisements from this year's Cannes Creative Effectiveness Lions, which honor the quantifiable effects of creativity, was published...