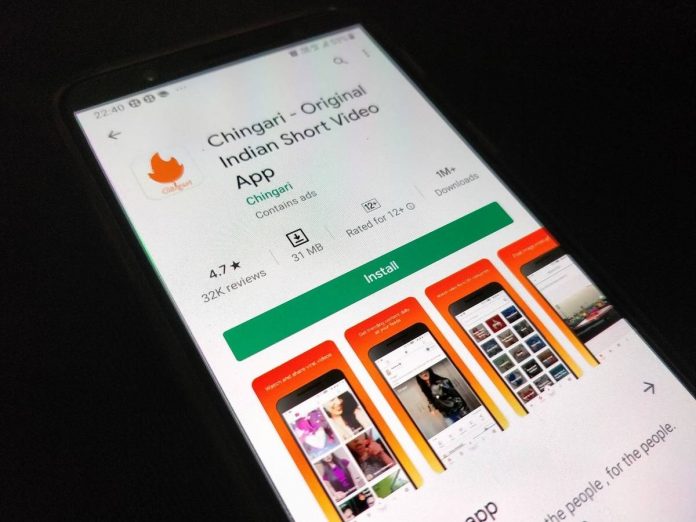 Tik Tok is a Chinese entertainment application that is used by people worldwide to portrait their talent. Due to the issues prevailing in the country the Indian government has banned 59 Chinese applications including Tik Tok. The reason behind this ban was the dark side of the application including cyberbullying, harassment.  The Tik Tok stars have to make a quick start they had lost millions of followers. Many had uninstalled this application in the name of patriotism.

They are alternative solutions for the problem such as this. Chingari is an Indian made entertaining application that is now witnessing about 2-3 million downloads per day after the ban of Tik Tok. Chingari is the number one social networking application now available on the App store. The success of this application is that the Co-founder Sumit Ghosh clearly knows the needs and wants of the public. The Chingari has three major things that the public wants– entertainment, news, games. Sumit Ghosh also added that their main aim is to give a platform to talented actors to portrait their skills. Moreover, the app also pays the creators on the basis of the popularity of their videos. He further added that they are going to further focus on marketing as well as they are planning to strengthen the backend of the application to engage more users. The mission of them is to “take India to the world”. As an Indian company, they are doing their level best to have a global reach. The popularity of the app is not only increasing with numbers but in terms of investors who are willing to invest in this application. The founder’s social media is flooded with analytics screenshots showing the number of real-time users.

Apart from Chingari there are other applications similar to Tik Tok such as Dubsmash, Bolo Indya, Roposo for uploading short videos. People are not only boycotting Chinese entertainment applications but only online purchasing platforms such as club factories and Shein. The prime of India Narendra Modi has always been promoting made in India products. The citizens of India are holding their hands together in boycotting Chinese applications and they are switching to make in India products.