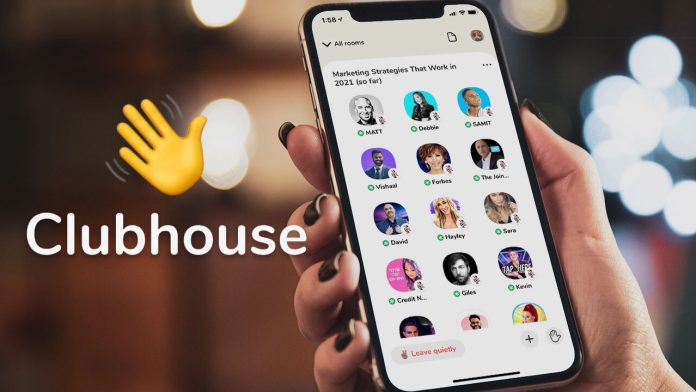 Clubhouse, the audio-based social application for iOS and Android users which has recently gained tremendous fame among the users is an app based on voice-only conversations that allow people to host conversations and be a part of them from anywhere in the world. The application was launched in April 2020, amidst lockdown, and shortly after a year in May 2021 it recorded over 10 million users!

This new social application, which was developed by Paul Davison and Rohan Seth, last year, aims to encourage people to talk, tell stories, develop ideas, deepen friendship, and meet new, interesting people around the world through technology. There are different chat rooms on the app and a user can shift from one chat room to another depending on their choices. Each chat room has a different host and a unique topic for discussion. A user can either choose to take part in the conversation or just simply listen. In theory, it is supposed to be something like a cocktail party (a clubhouse).

Clubhouse had over 2 million subscribers in January 2021 and gained 10million by the end of May 2021. That’s significant growth. No other social media platform has experienced such a huge growth in such a short time. The app is growing like crazy in India especially where there are more android users than iOS ones. It is entirely safe and user-friendly too. The conversations or audios don’t leave the app and also there is no recording of conversations, neither are they saved. It is just a matter of having a conversation right at the moment and learning from it while enjoying it.

Vogue described the app’s experience as “a dizzying bringing together of live podcast-style conversations, panel discussions, networking opportunities (some savvy people are already swapping ‘influencer’ for ‘moderator’) and advantageous multiple-room use (locked and private options are available so you can talk to pals too), the social-media app mimics real-life interactions.“

The company recorded that an average of one user spends over two hours per day on the application. This counts as a really good indicator and metric for user engagement, and also proof of how well the social app is doing in our country. Further, Clubhouse claims that “a huge percentage of people don’t just listen, but actually talk,” on its platform.