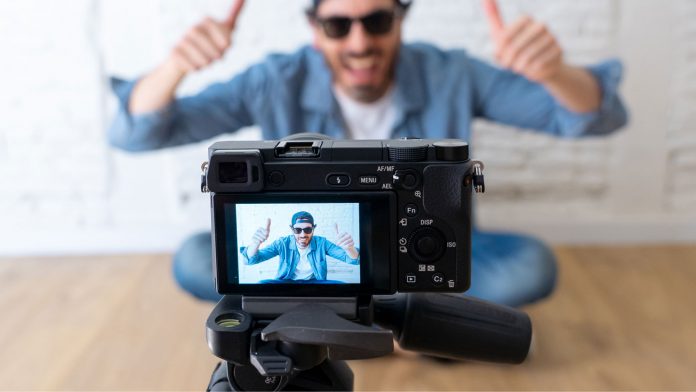 Social Media, as we know it, is a place to socialize and mingle with the ones who are either very close to heart but separated by a good amount of distance or to keep connected with the ones who we can’t stay away from, literally. There is a lot to see and find in the social media space. People display their talent and skills using this medium as a platform.

And some platforms even provide an option for monetization if the content you make gets a certain benchmark of views, likes, or even subscriptions. This is well and truly good if you get paid for showcasing your passion. Many individuals have even become stars and influencers through social media; many have got a living through posting various content through these forms.

How far will you go for social media fame? This question being the core of the short film, Nikhil Kapoor introduces us to an aspiring influencer’s life, which gets fixated with a dream of making it big through social media by securing millions of views for his next video upload.

It is a fact that the influencer economy has been becoming with success all over the world, with talented and skilful people taking centre stage in the marketing world. The short film gives us a light on the challenges faced by aspiring wannabe influencers and their fame obsession.

The film is about a 27-year-old wannabe vlogger named Purohit, who has a channel on popular social media. He lives with his ailing father, who is on medication due to some old age disease and seems very tired and exhausted at times. Purohit receives a package which is an expensive pair of shoes, that he intended to unbox for views, but nothing goes as planned. He doesn’t get the desired number of views that he had thought he would get.

The guy gets frustrated with every passing time. His line between the real and virtual world gets blurred. His relationship with his father is pushed back as he views his life through a camera lens in the quest to find ways and means to more views to be famous. The series of events that follow take a dark turn, which shows him goings to the limits of faking things and leveraging the situation for the need of views, even if they are synonymous with evil deeds.

The film was awarded for Outstanding Achievement at the Tagore International film festival in 2021 in the short film category.