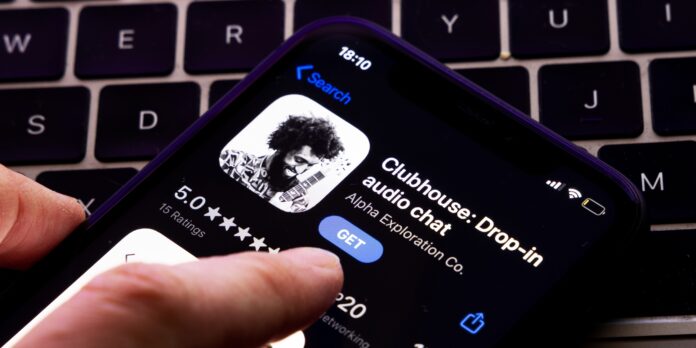 Clubhouse allows users to interact in public or private chat rooms with the promise that the spoken material will vanish after the session ends and will not be registered. However, to everyone’s surprise, US cybersecurity researchers have discovered a way for a user to leak the audio stream from multiple chat rooms. The hacker was able to access users’ audio chats and stream them on third-party websites, according to a Bloomberg study, alarming officials. The audio that was leaked came from a variety of different rooms on the app. Clubhouse told Bloomberg that the user has been suspended and that new measures have been placed in place to prevent messages from being leaked again.

The hacker invented a method to monitor the JavaScript resources used to build Clubhouse. The hacker was able to change the app and gain access to users’ chats, which he then displayed on another website. According to Stanford researchers, even though Clubhouse employs strict security measures, users should not rely solely on them and should be aware that the chats are still risky. Officials from the clubhouse reported that there had been a data breach. A data spill is not the same as a data leak. Data breaches are designed and carried out to steal information. Data spillage happens when sensitive information is published into an area where no one has permission to view it.

“I feel like there’s a lot of users who got excited because it’s a new thing and because you need an invitation, the conversations must be private,” says Australian cybersecurity researcher Robert Potter, who developed the Washington Post’s cybersecurity operation center. It happened with Zoom and Tiktok – we see an app with a lot of development, it goes viral, and then it dies.