Commuters on the Delhi Metro can use this service by opening the Amazon shopping app and selecting the ‘Metro Recharge’ option under the Amazon Pay tab. After entering the Delhi Metro Smart Card code, the customer or traveler can reload the card for any sum between Rs 100 and Rs 2000. Customers should tap their smart card at any Delhi Metro station’s automatic vending machine (AVM) and select “Top – UP” to add the balance entirety to their card once the payment has been finished effectively.

DMRC has recently launched several other initiatives to make it easier to top up Delhi Metro smart cards and sell tokens, avoiding lines and saving time at metro stations. Smart Card top-up via TVMs, Credit or Debit Card transactions at stations, Metro Combo Cards with banks, net banking via dmrcsmartcard.com, and other UPI and e-wallets are among the initiatives.

According to Nerurkar, Amazon Pay aims to make customers’/commuters’ lives more convenient, cashless, stable, and safe by allowing them to recharge their smart cards in a contactless manner. 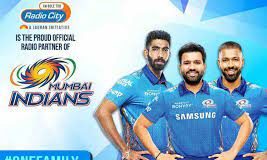 Hridhya Manoj - May 2, 2021
0
Radio City has declared its partnership with Mumbai Indians. This company has signed as one of the official partners of the IPL...