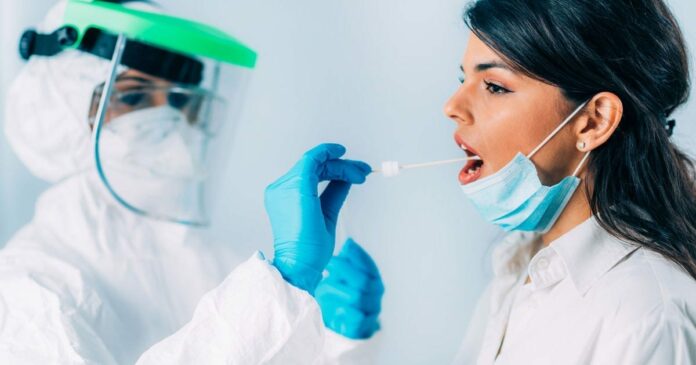 Since we all know the new variant of the Covid pandemic, the Omicron Surge is havocing the whole globe now, the US scientist has come up with new reports which imply a relief to the public.

The US scientists claimed that the pandemic will end soon and the new variant that is spreading in the world is comparatively mild than the first and second wave of covid.

Dr. Kuttub Mahmood, Scientist and Vrioligist from Washington DC stated that the pandemic will come to an end soon and the spike in the number of cases that we see today isn’t scary, unlike the last times.

During the first and the second waves of the Covid Pandemic, the situation was very stressful and sometimes it went out of the hands of the government and the state, and watching the people die was all we could do.

But this time the situation is staying inside the revised rules and regulations the government implemented while the state was seeing a spike in the number of cases and the test positivity rate.

He also added that vaccination is the only weapon we can use to prevent the Covid-19. The other countries have covered the vaccination drive and started the booster doses.

Mahmood also stated that the virus has a great chance to mutate and create a different variety of variants just like the second wave and the third wave, we can expect again new variants to make the way into our countries.

It’s like a game of chess where it keeps on hiding for a while and suddenly appears in front of the public and that’s when we have to be fully prepared with the measures to face him and he tells us vaccination is the best measure against Covid-19.

Covaxin is the most preferred vaccine among people in abroad countries and it is safe up to 2 years of age, he stated.

Making a word on the number of covid cases which is rising in the states and countries due to the Omicron Surge, there are some cases which need the hospitalization which comes under the count of the people who are not vaccinated or yet to be vaccinated.

Apart from that, the hospitalization is very less and the number of deaths. The number of cases and the test positivity rate will lower after the sudden peak which is curable and not severe than the first two waves.

Author - May 19, 2022
0
With social commerce evolving to play an even bigger role in consumer journey than ever before, leveraging social media platforms is a...