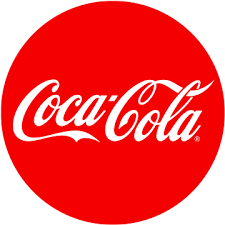 The declining sales of Coca-Cola reflect its formerly strong position in out-of-home settings such as restaurants, bars, and sports stadiums, many of which operated at limited capacity during the winter months as coronavirus cases surged. At-home sales were steady, and the company said it had gained overall market share, but Coke does not expect sales to recover until vaccines in developed markets such as North America and Europe are more widely available.

CFO John Murphy warned against comparisons to 2019 when asked during the earnings call about business plans for advertising spending this year, when Coke increased spending 3.2 percent to $4.25 billion, making it one of the world’s largest advertisers. In its annual report, which is typically filed at the end of February, the company will disclose the 2020 figure.

“We believe that there is a tremendous opportunity for us to drive a greater efficiency across the marketing spend portfolio,” Murphy said, stating the need to be adaptable across the world’s multiple markets.

According to James Quincey, chairman, and CEO of Coca-Cola, Coca-Cola will improve its marketing with data-driven, occasion-based experiential campaigns, an approach that generated Sprite’s upcoming “Let’s be Clear” campaign that “invites drinkers to reset and refresh,” along with driving efficiency. A quick update on its agency review and the development of fresh products and brand extensions was also provided by Quincey. The media report, released in December, aims to “improve the process, eliminate duplication and increase efficiency to fuel reinvestment in our brands.”

Coke works with the agencies Wieden+Kennedy, Anomaly, McCann, and Interpublic’s UM, which, together with about 4,000 other agency partners, has held the North American media account of the company since 2015. Coca-Cola has a hybrid model of partner agencies and KO: OP in-house creative agency. In addition to increased demand for digital content, its in-house agency may have a larger role in its marketing operations, consistent with a broader trend that became more pronounced during the pandemic. After a pandemic-related pause, when Coke restarted marketing efforts, it focused on real-time content production and streaming to reach younger consumers.

The decreasing revenue of Coke contrasted with the gains of archival PepsiCo; whose snacks group Frito-Lay has seen rising sales among homebound customers. The profit of PepsiCo increased 4.5 percent to $1.85 billion in Q4 from a year earlier, as revenue climbed 8.8 percent to $22.46 billion. According to its quarterly report, the company cut the budget on advertising and marketing for beverages and Quaker Foods in North America, helping to boost operating profits for those divisions by as much as 19 percent.