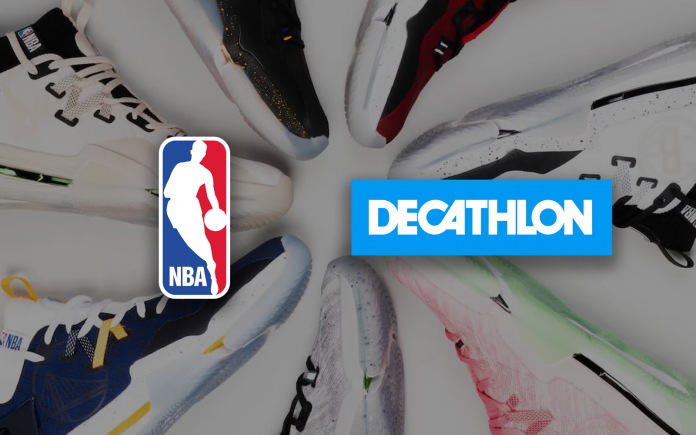 Decathlon, one of the world’s largest manufacturers of sporting goods, and the National Basketball Association (NBA) today announced a new multi-year merchandising agreement that makes Decathlon an official NBA licensee in India, Africa, Asia, Europe, the Middle East, and Latin America and marks the first partnership of Decathlon with a sports league in North America. The collaboration will include a dedicated assortment of Decathlon-designed NBA team and league-branded base layers, shoes, and footwear* sold under their “TARMAK” basketball brand. The series will be sold exclusively at more than 1,200 Decathlon outlets nationwide, including all stores in India, and online at Decathlon.com.

A wide variety of sporting goods are stocked by the manufacturer, from tennis rackets to specialized scuba diving equipment, typically in huge, big-box superstores of an estimated size of 4,000 m2. Among more than 20 brands, Decathlon Group markets its products. The R&D facilities are based in France, where the organization produces its product designs and files up to 40 patents annually.

Items will be available for pre-order from March 2021 ahead of the arrival in stores in April 2021. TARMAK Leader Damien Dezitter said that it has been their dream to partner with the NBA, the greatest basketball league in the world, since the formation of TARMAK four years ago. We have a shared aim of improving basketball across the globe, so it is natural to work together to make this happen.

NBA EME Director, Global Partnerships Steve Griffiths said that they are proud to work with DECATHLON, a world pioneer in sporting goods retail. NBA fans and basketball players across the globe will have access to an enticing and creative collection of products through this collaboration to help them get into the game. For the latest news, alerts, ratings, stats, timetables, and videos, fans can download the official NBA App on iOS and Android, and also, they can stay up to date by following the NBA on Instagram @NBAEurope.