According to a new global satellite survey published in the European Geophysical Union’s journal- the Cryosphere, the world’s ice is melting faster than ever. The research survey showed that between 1994 and 2017, “the Earth lost 28 trillion metric tons of ice.” The amount is the same as a sheet of ice 100 meters thick covering the entire United Kingdom.

This World Environment Day (June 05), Discovery India in conjunction with the United Nations of India and WWF India has unveiled the mission to #StopTheMelt through #GenerationRestoration because the actions we take today will define the silver lining for a better tomorrow.

The path-breaking campaign highlights the United Nations World Environment Day theme, “Ecosystem Restoration.” The minute-long film for the campaign raises awareness about the ailing state of the planet by throwing light on the harsh effects of Global warming. Ice plays a crucial role in regulating the global climate, and melting ice can trigger extreme weather events such as forest fires, flooding, heatwaves and storm surges.

The studies warn that major coastal cities such as India’s Mumbai, Thailand’s Bangkok and China’s Shanghai could be submerged over the next 30 years due to rising sea levels. It’s high time to #StopTheMelt and #SaveThePlanet through a collective restoration action.

For the first time in the history of Discovery Communications India, the country’s leading real-life entertainment player, the entity changed its logo to deepen understanding of the impact of global warming. The campaign urges us to hold on to hope and make the little changes such as avoiding plastic usage, or switching to a plant-based diet to “Reimagine. Recreate. Restore” our planet by reducing greenhouse emission.

Ravi Singh, Secretary General & CEO, WWF India, said, “By acting together now, we can solve the dual threats of climate change and nature loss. This year, on World Environment Day, the focus is to invest our efforts to conserve, protect and restore our ecosystems, which is the solution to a sustainable future.” 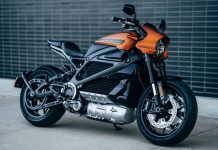 Gayathri G - June 18, 2021
0
The Goods and Services Tax (GST) has fuelled the development of technologically-based taxation products and solutions. It has enabled a slew of...