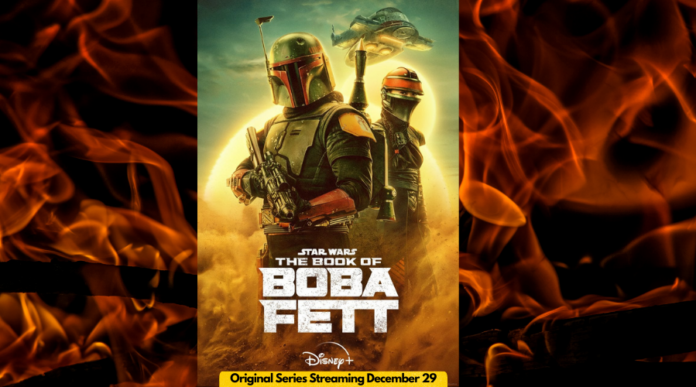 Disney+ Hotstar announced to launch The Book of Boba Fett, a series part of the Star War franchise, on December 29, 2021.

Disney+ Hotstar is one of the largest video streaming platforms in India, owned by Disney India. This premium video streaming service is active for more than 100000 hours.

The Book of Boba Fett is an offshoot of The Mandalorian, one of the first live-action series in the Star War franchise. The Mandalorian show premiered with the launch of Disney+ on November 12, 2019.

He is a bounty hunter with a jetpack and customized Mandalorian armor with deadly weaponry. A man of few words and trained in combat and martial skills, Boba Fett was one of the feared bounty hunters in the galaxy.

The Boba Fett series is available in all the popular languages of India like English, Hindi, Malayalam, Tamil, and Telugu.

Dubbing games is a strategy with which the premium video streaming services enter tier-II and tier-III towns. It is a master plan of the video-streaming platforms to reach its local audiences.

Jehil Thakkar, the partner at Deloitte India, said that dubbing digital content in different regional languages of India is an extension of the strategy adopted by studios as a part of theatrical release.

Debra Chinn, director of international dubbing at Netflix, said that dubbing enables curious people to discover, enjoy, and be intrigued by stories from all around the world.

Netflix streamed the international originals Extraction, The Jungle Book, and A Suitable Boy in the regional languages of India.

India grows as an upcoming commercial hub for video streaming services. These platforms have accepted the diversity of India. Thus, they try to reach out to the country’s diverse population through the local languages.

Author - January 20, 2022
0
Tesla Inc shareholders requested a judge on Tuesday to find Elon Musk guilty of coercing the company's board into a 2016 transaction...