Andhra Pradesh led the executing reforms under the Central Government’s ease of doing business initiative for the 3rd consecutive year, according to the ranks based on Business Reforms Action Plan 2019 released on September 5th 2020. Significantly, the newly published ranking of states is on the basis of shareholders’ remarks on all reform measures, instead of a combination of their verified claims and user response. This is in sync with a preparation approved by the World Bank when it ranks the countries on ease of doing business index.

Uttar Pradesh moved up by 10 points from the previous ranking to attain the second position in the recent index, being the best performer among major states. Though, Haryana and Gujarat, which engaged the third and fifth positions, correspondingly, in Business Reforms Action Plan 2017, witnessed their ranking descending to 16th and 10th now. The ranking of states is being decided by the World Bank, and the department for the promotion of industry and internal trade undertakes the role of an implementer between the Bank and the states. The ranking, based on Business Reforms Action Plan 2018, was not published the previous year, partially because of the general polls.

Fascinatingly, when the average score of states in the year 2015, when these types of rankings were presented for the first time, was just 32 per cent, it has progressively enhanced to reach 62 per cent in 2019. Remarkably, 5 of the 7 states with the least income levels in India have made a place in the top ten. The low-income states that have scored really well are Uttar Pradesh (2nd), Madhya Pradesh (4th position), Jharkhand (5th position), Chhattisgrah (6th spot) and Rajasthan (8th rank).

Delhi, the most vital of the three destinations (where others being Mumbai and Bengaluru) in the World Bank’s surveys for ranking India among other countries in ease of doing business, upgraded its ranking by 11 points to the 12th position among 36 states and Union territories. This is great news for India’s ranking because, in spite of the marked improvement in recent years to a record 63rd position previous year, Delhi’s weak performance sustained to partly weigh down the country’s ranking. 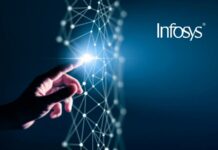