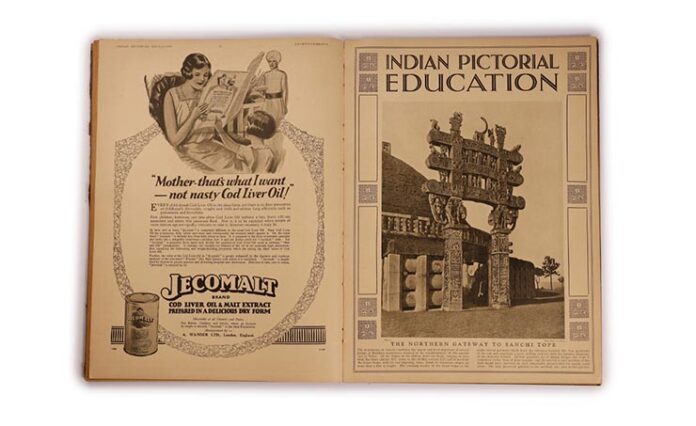 The deep strands of culture and traditions that bind India are eloquently captured in our literary texts. Our country has produced some of the world’s most gifted artists in this subject. As shown on the site, these collectibles are not only digital but also come with actual physical assets. The following are the specifics of the items:

At the request of his daughter-in-law Pratima Devi, the Bengali poet, short story writer, song composer, playwright, essayist, and painter, Rabindranath Tagore created an all-woman play to be performed on the poet’s 70th birthday.

This rare booklet represents the only film made on the play by Tagore himself for New Theatres in 1932, the only film that he wrote, directed, and appeared in.

Six Editions of Indian Pictorial Education,1930- In a Bound Volume

India was formerly regarded as the peak of prosperity and education. These images were created to illustrate an entire lesson in a way that a thousand words could not. This book contains six volumes of Indian graphic instruction for art and history enthusiasts.

A Volume of Omar Khayyam’s ‘Rubaiyat’ from 1914

Persian mathematician, astronomer, and poet, internationally renowned and admired for his scientific achievements, but best known to English-speaking readers through the English writer Edward Fitzgerald’s translation of a collection of his Rubaiyat (“quatrains”) in the Rubaiyat of Omar Khayyam (1859). This 1914 volume is an ultra-rare, out-of-print masterwork available to the discerning collector.

Diwan-e-Ghalib is a well-known poetry collection composed by Mirza Asadullah Khan Ghalib, a well-known Indian Urdu poet. It is a collection of his best poetry/ghazals published as a set of two books for individuals who appreciate the best of Urdu poetry. Ali Sardar Jafri, a well-known Urdu poet, edited it.

Author - May 17, 2022
0
The Union government ordered wheat-producing states and Union Territories (UTs) to continue purchasing until May 31. “Modi Sarkar has extended the wheat...