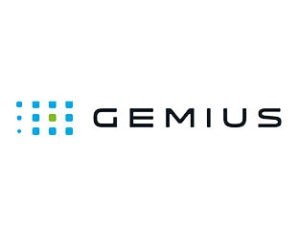 ‘iFollow’ together with the Surat City Traffic Police, aims at creating an actual change and impact by creating the proper reference to the people through effective and interactive communication. It can be done both online and offline with the help of citizen appreciation, social experiment, and social accountability. ‘iFollow’ will be a three-week-long campaign starting from 7th July 2020. The campaign is split into two phases. The agency will be practicing social experiments and accountability activities to spread and increase the attention about the traffic rules, within the first phase. In the second and final phase, the overall impact of the campaign will be measured.

Surat City Traffic Police together with the agency Genius has reiterated ‘Fine‘ or ‘Chalan’ system for breaking law or rules with harmless yet effective Social commitment in a fun way using the social media platforms.’

According to the DCP of Surat City Traffic Police, Mr.Prashant Sumbe their city is on the rise, but lack of proper knowledge of the rules and carelessness in following rules is one reason that sets them back. There’s an urgent need in people knowing the right rules and following them properly rather than having a careless or casual attitude towards them. With the launching and coming of iFollow, they aim to make people aware and change people’s careless behavior towards traffic police and their implementation.

From the Covid-19 episodes, we have to understand that awareness is always better than enforcement. During the three-week course line of the campaign the followers of rules will be appreciated and those not following will be handled in a fun way. The hope of this campaign is to guide people to become better, careful, and responsible citizens.

“With the iFollow campaign, we are aiming to reach out to every possible citizen, in every nook and corner of the city. The impact of this campaign will be great, a lot of efforts have been put by the team hoping for a positive outcome. Thus iFollow wants to ensure that by the end of this campaign, every citizen of Surat is aware of the traffic rules and will make sure they follow it also”, shares Saurabh Pacheriwal, Co-founder & Captain of Gemius.

Passionate In Marketing - October 20, 2020
0
Recently, under its agreement with Maruti Suzuki, Toyota launched the new Urban Crusier compact SUV. The company has announced that ahead of...