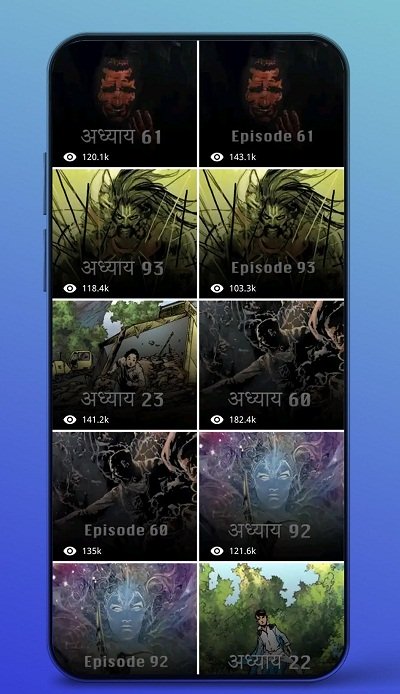 The founder of Graphic India said in her statement, “The unbelievable JOSH platform has one of the most clasp who made small digital video platforms for today’s youth market in a very short period of time.”We are feeling delighted to be working with them to a pioneer of a new comic book experience, having millions of Indian viewers across the country.

With the help of Josh and other platforms in the country, Graphic India’s revolutionary ‘Audio Comics’reach over 150 million views overall platforms in India, sparking a new mobile comic book revolution.

This is just the beginning of our new digital comics revolution for India and Graphic India will be separately launching our new TOONSUTRA webtoons comic app platform thereafter this summer.

Graphic India will also promote their Audio Comics offering on Josh to add new languages beyond English and Hindi as well by introducing new comics and storylines.

Also, we heard the news last month that, they will be launching a new mobile comic webtoon platform named to be ‘TOONSUTRA’, which will provide the service, you will be able to scroll hundreds of static vertical comics over the world, available for the first time in Indian regional languages.

VerSe Innovation has also raised another $100 million+ in a Series H funding round conducted by global investors Qatar Investment Authority(QIA) with the collaboration of sovereign wealth fund of the state of Qatar and Glade Brook Capital Partners.

VerSe Innovation emerges the first time when debut first time in tech for local languages last year, it has seen enormous investor interest in Josh since its launch. With the help introduction of capital, the company is adding QIA and Glade Brook Capital Partners.