In the last three months, where the TV consumption was at an all-time high and almost all the genres were growing in viewership, sports genre was an exception. With sports leagues across the world cancelled due to the lockdown, the genre was adversely affected.

In the first week of COVID, saw the genre’s impressions dropping by a whopping 69%. The daily average reach fell by 29% whereas daily average time spent slipped by 56% as per the BARC-Nielsen report. However, the experts believe that the coming months won’t be as tough for sports broadcasting as it was in the last three months.

After three months, as lockdown eases in many other countries, some sports leagues have been coming back on TV. For instance, recently, Star Sports aired live telecast Premier League from 17 June-23 June. Similarly, Sony Pictures Sports Network (SPSN), the official broadcasters of Serie A in India and the Indian subcontinent, airing live broadcasts of the top-tier Italian football league which started on 20 June till 1 July.

As per the TAM-Adex Television Advertising report, in the sports genre, soccer tops advertising in the absence of live cricket.  There has been a sharp drop in live programming as IPL was postponed. Around 60% of the ads during live sports were on soccer.

Sony Pictures Sports Network (SPSN) had continued showing live content for WWE as well as UFC and launched WWE blockbusters on Sony Ten 1 and Sony Ten 3, which was supported by a massive marketing campaign. Due to this, the viewership grew by 30% during April.

To fill in the void left with the absence of live events due to the COVID-19 pandemic, Star Sports has been actively engaging with viewers, taking them through the memory lane with a host of iconic matches, right from the international arena to the Vivo IPL. Shows like Cricket Connected, Cricket Connected Chats were among the non-live content space. Besides the highlights package, which is part of the non-live regular programming schedule, some of the prominent nostalgic shows aired during the past couple of months were Mauka Mania, Glory of 2007 and others. The network too has a line up in the non- content space.

Experts believe that although monsoons are an offseason for sports in India, by September, the leagues in India will pick up. 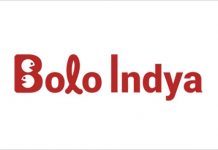 Mahima Thankam Raju - January 23, 2021
0
It would be an effective, if expensive, way for Triller to expand its brand image and scale with U.S. customers to make...