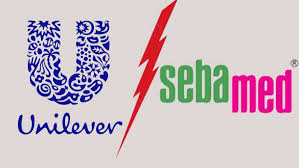 HUL responds to the scathing claims by the Sebamed campaign, says they will take suitable action regarding this issue. Sebamed, a German personal care brand had recently launched a new campaign in which it showed the advantages of their soap comparing to its competitor. They claimed HUL products as the pH level of Lux beauty soap and Rin detergent bar is the same. It promoted its product showing the pH level of their soap at 5.5 perfect for sensitive skin, HUL product Lux and Rin at pH level 10. The tagline of the campaign is “Film stars ki Nahi Science ki Suno.”

According to some expert views, HUL is under pressure as the claims of Sebamed advertisement and timing of campaign being over the weekend.
Brand specialist and social commentator, Santosh Desai stated “While HUL would have its facts in place, the claims by Sebamed are very strong, which, if proved wrong, would be defamatory. But the very fact remains that this puts the category leader struggling.”

George Sebastian - January 16, 2021
0
Essence, the global data of GroupM, and the measurement-driven marketing organization have announced the launch of their Essence Media Health Check program,...