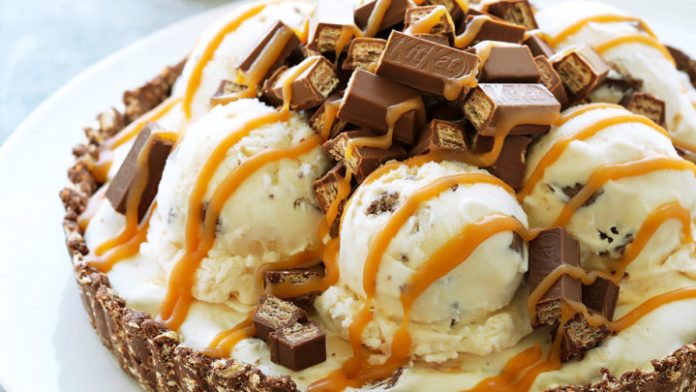 The ice cream and frozen dessert brands have reduced their advertising in the time of January – March 2020. According to the reports of TAM AdEx, for these brands, only the print media have seen a jump in advertising, while the rest of the platforms have seen negative shifts.

As compared to last year, the advertising volume by ice cream and frozen dessert brands in print media has increased by 114 percent in the first quarter of 2020. In this category, the top two preferred languages contributed around 75 percent of ad volumes. The most preferred category is Hindi with 60 percent ad volume and followed by English with 60 percent, Kannada with 11 percent, Gujarati with 6 percent, and Malayalam with 2 percent.

Brand wise, Amul was the top advertiser with a 50 percent share in print ads. The medium saw a total of 37 new brands advertising when compared to the brand portfolio for the first quarter in 2019.

Geography-wise, the west and north zones have more share in advertising by ice cream and frozen dessert brands with 36 percent and 33 percent respectively, followed by east with 20 percent and south with 11 percent. Nagpur is the largest market with a 17 percent share. The ad volumes are more focused on sales promotion with a share of 69 percent. The brand promotions with 27 percent are the next key focusing area in ad volumes. Within the sales promotion, there is a 61 percent lead in share for combo offers.

On television advertising, there is a 40 percent drop compared to the first quarter of last year. There is around 83 percent of advertising volumes by the top two brands itself, which are Hindustan Unilever with 69 percent and Amul with 14 percent of shares. There are 9 new brands in the total portfolio of ice cream and frozen dessert brands advertising on TV, compared to 2019. In these 9 newcomers, 4 are from the Kwality Walls umbrella under HUL.

The most preferred channel genre is General Entertainment Channels (GECs) with 38 percent, followed by movie channels with 28 percent and news channels with 13 percent. When it comes to the program genre, movies with a share of 33 percent are the most popular among ice cream and frozen dessert brands advertising on TV, followed by the dramas/soap operas with 12 percent share. Both radio and digital saw a massive drop in advertising volumes of ice cream and frozen dessert brands. Radio had a drop with 24 percent and digital had a drop of 94 percent. The shocking fact is that Vadilal was the only brand to advertise on the radio in the first quarter of 2020.

Ann Paul - April 12, 2021
0
Spotify, the world’s most popular music streaming platform recently announced that it would allow its users to share songs and podcasts on...