By being named Agency of the Year, Dentsu Creative India closed up the Cannes Lions 2022 edition on a triumphant note. Any Indian agency has never before received such a significant award from the advertising festival.

The final metals total for Dentsu Creative India at Cannes Lions 2022 is composed of 3 Grand Prix, 1 Titanium, 1 Gold, 4 Silver, and 3 Bronze Lions. 24 shortlists had been obtained by the agency. The “The Unfiltered History Tour” project by Dentsu Creative, created for VICE Media, was awarded three Grand Prix, a Titanium Lion, and other honours.

The ‘The Unfiltered History Tour’ is a stealth tour of the British Museum’s stolen artefacts using augmented reality, according to the Dentsu website. However, the same technology was redesigned to scan and identify life-sized 3D artefacts in varying light conditions throughout the day, rather than adding dog ears to a selfie, to present first-ever visual depictions of colonial crime scenes without the Museum’s awareness.

How was your overall winning experience at Cannes Lions 2022? Did you anticipate the victories?

I utterly lack the words to express the entire experience. Maybe I should use the word surreal, but it still doesn’t give justice to what we went through at the event. Everyone at Densu, who was sitting right here in India yet was just as thrilled as we were at Cannes, agreed with this sentiment. We also did well in award events like Spikes, The One Show, D&AD, and Kyoorius before this, to name a few. As a result, we had faith in our efforts and successes.

India unquestionably possesses some of the top talents in the world when compared to the rest of the world in terms of talent. India has gotten better at striking that delicate balance between a brilliant idea, its successful implementation, and its seamless integration of technology. The distinctions between media are becoming less clear, as evidenced by all of the winning work. I am optimistic that as we advance, this integration will take place even in routine tasks, which is what we need to make sure of right now.

How can India maintain its winning streak? Do you believe that advertising efforts are now more about soft selling, empathy, and social responsibility than they are about carefully orchestrated brand push?

We must concentrate on creating brilliant company concepts while also smoothly bringing them to life through the use of technology and digital. This harmony, which we at Densu refer to as “Modern Creativity,” is in my opinion crucial for the contemporary creative agency. If we continue doing it, we will win without a doubt. I think there was a good balance between overt brand pushes and social responsibility activities about campaigns on social responsibility and empathy, which is encouraging. 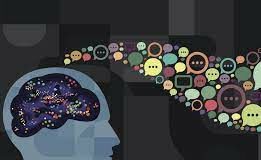 Kavya R - August 10, 2022
0
In an effort to strengthen its team and streamline operations across India, Sense Digital, the top provider of advertising and digital marketing...