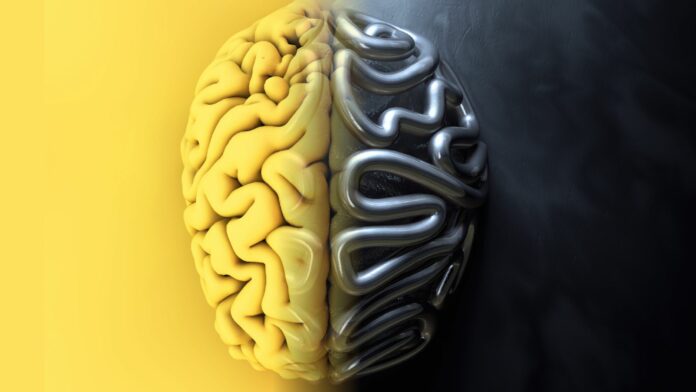 Regardless of their qualities, all current artificial intelligence systems are built as vertically controlled electronic complexes that employ algorithms of varying complexity.

The seductive quality of any man-made electronic computing system is centralized control. We simply have no idea how to build in any other way.

But what if, instead of waiting for the next update to the vertically integrated electronic system, we follow nature’s lead and go down the path of unification to create a technological symbiosis between the human brain and the computer system?

If nature, as a creation of our minds, followed the path of symbiosis, merging the reflexive and intellectual aspects. And this may be the most efficient and effective approach to upgrade intelligent systems.

A bioelectronic hybrid will emerge as a new sort of artificial intelligence, in which a living human brain and a computer work together in a dual complementary system. Both components will complement and reinforce one another, yielding something completely new that neither nature nor electrical system designers have ever seen before.

How will the system’s heart, or the neurocomputer interface work?

Regardless of how fascinating it is, possibilities of this direction, just a few attempts have been made around the world to develop a direct connection between the human brain and a computer. The first stumbling point is people’s inaccuracy in interpreting local brain activity foci.

Simply put, each of our brains is different in terms of which clusters of neurons are responsible for particular activities. However, that is only half of the struggle. Worse, because of plasticity, the exact picture of brain activity is always shifting.

The signal crossover point is the second and, to be honest, the most significant stumbling block. This is the point at which an artificial electrical signal transforms into a biological nerve impulse, and vice versa. The transmitting and receiving elements of the neurocomputer interface will be fully segregated in the new artificial intelligence system, and two completely independent communication techniques will be used.

A network of inactive marker objects will serve as the receiving party responsible for receiving a signal from biological tissue, the condition of which will be remotely monitored by an active external component of the system.

In the presence of a physiologically neutral chemical structure in the field of view of an external scanner, a marker item alters its conformational state.