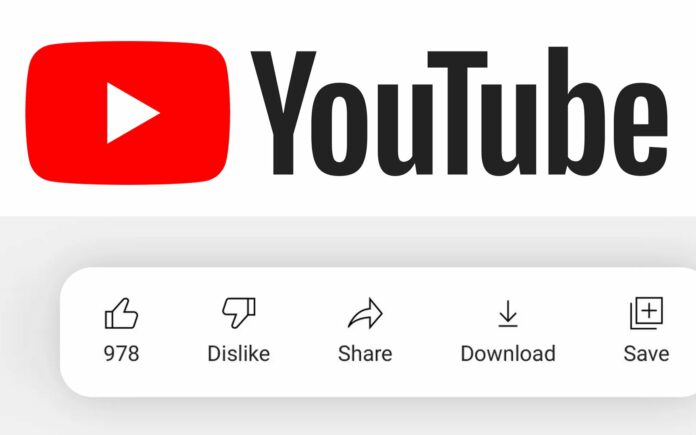 Users on YouTube will no longer be able to view how many dislikes a video has received. The adjustment was meant to safeguard users from “dislike bombing” and to prevent “stress and embarrassment” for producers, according to the platform.

When people dislike a video in a coordinated effort to turn off potential viewers, this is termed dislike bombing. The overall dislikes on their videos will still be visible to content providers.

Viewers will not be able to view this figure, but creators will be able to track their dislikes in YouTube Studio, along with other performance metrics, if they desire.

The dislike button will not be removed entirely, and users will still be able to utilise the thumbs down button to express their displeasure with artists, but only as a private message. Individual content creators are one component of the YouTube video ecosystem, but brands may also use YouTube to promote their products and engage with their consumers.

Let us not forget that we are now living in very polarised times. Tanishq, FabIndia, Sabyasachi, and other brands have been heavily criticised on social media for commercials or branded communication pieces they have published. Is there a certain degree of padding that a brand gets when it comes to protection against trolls by burying the dislike button?

A lot of harassing and a lot of mean-spirited people on the internet that want to put down other people’s creative work will be discouraged believes rapper Kenzo Jae.

The 18-year-old Bradford student presents his songs on YouTube, where he has only nearly 200 subscribers. YouTube claims that small-scale video artists like Kenzo will be the most safeguarded as a result of its decision to suppress dislike totals.

According to Arif Ehsan, head of digital marketing at Domino’s India, any engagement channel – such as Facebook, Twitter, YouTube, and others – allows us to collect input from our audience from a marketing standpoint. It’s not like a one-way communication like a TV commercial or an outdoor advertisement when a person sees the ad but you can’t see how he reacts to it.

In that sense, likes, dislikes, and comments are significant. We frequently go through them to learn how consumers react to the material we’ve developed and how we may adjust our strategy as a result.

Many users have stated that the dislike totals will be missed. For one of YouTube’s most-disliked videos ever, a clip by YouTube star PewDiePie that received 5.6 million dislikes after he called on fans to dislike it, there is a slew of comments saying “RIP dislikes.”