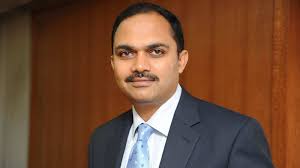 According to Prashant Jain, executive director and chief investment officer of HDFC AMC, the Indian market’s risk-reward ratio has improved, and the market now appears to be more properly valued than it was six to nine months ago.

He believes that the Indian economy’s near-term prognosis is stable, and that the country’s economic growth has the ability to increase significantly over time.

During a webinar on the Mid-Year Review of the Indian Economy and Markets, the stock market veteran shared these insights.

While consumer growth may moderate, he believes that exports and capex recovery would help to ensure healthy growth in the near future.

He predicts that India’s economy would develop at the quickest rate in this decade, and that it will overtake China as the world’s fifth largest economy by the end of the decade. In terms of interest rates, he believes we are seeing a normalising of the excessively low interest rates that have been widespread in recent years.

Everyone has been startled by how quickly US yields have risen. However, he believes that, because interest rates in India have not fallen as much as they have in the West, the normalisation process will be slower in India.

As a result, this should have a lower impact. On the subject of how rising inflation may affect company profitability, he stated that greater inflation may be beneficial to some of the Nifty’s important components. Banks account for around one-third of the Nifty’s profit pool.

As a result of greater inflation, According to Jain, this will lead to higher interest rates, which will help banks’ profit margins. Inflationary pressures are also causing credit to expand more quickly. Furthermore, bank nonperforming assets (NPAs) are extremely low.

Further dissecting the Nifty, Jain pointed out that commodity-linked corporations, such as BP, account for another one-third to one-fourth of the Nifty’s profits.

Refining, coal, and metals are among industries that rely on oil and gas. Large commodity prices, as well as high refining margins, help such businesses. According to him, high commodity prices and high inflation go hand in hand, thus this group will not be negatively impacted by inflation.

Apart from that, software services account for 15% of the Nifty, while medicines account for 5%a certain percentage The rupee’s devaluation will favour this 20% of the market, which is expected due to the pressure on the balance of payments caused by high oil prices and large FII outflows. As a result, the forecast for this area appears to be fairly favourable.