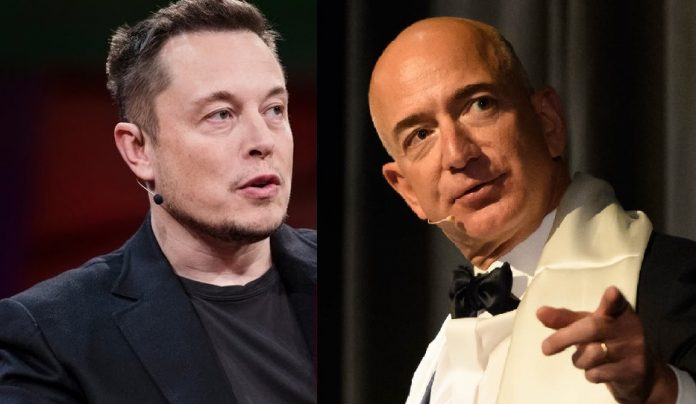 A drop in Tesla’s shares by 2.6% ended Elon Musk’s six-weeks long reign as the richest person in the world making Jeff Bezos the owner of the title once again. Tesla’s share price on Tuesday closed at $796 per share thus reducing Musk’s fortune by $4.58 billion, as reported by Bloomberg’s Billionaire Index. Amazon’s stock price has increased by 5 % since January and Tesla’s shares have plunged by 10%. Elon Musk’s current net worth is $190 billion whereas Jeff Bezos is at $191 billion.

During his time as the world’s richest person, Elon Musk went on a crypto craze and even propelled the price of a less-know cryptocurrency called the Dogecoin. He was credited by many for his role in nudging Dogecoin prices helping it reach 0.087159 cents. Other than that, he was seen actively participating in the WallStreetbets saga at the beginning of the year. The Tesla and SpaceX boss was also seen cheering along with other prominent groups of investors, the retail investors who were trying to take on the big names on Wall Street by attempting to push the prices of stocks like that of GameStop higher every day. Apart from GameStop other stocks named ‘meme stocks’ have also witnessed surges since Elon Musk joined the party that includes the likes of AMC Entertainment, Naked Brand, Koss, and Nokia among others. Another big announcement made said that Tesla would be investing $1.5 billion in crypto-currency Bitcoin and would also start accepting payments in Bitcoin. Bitcoin’s price breached $50,000 on Tuesday. Tesla plans to hold Bitcoin on its balance sheet and therefore follows the NASDAQ-listed MicroStrategy.

Amazon’s Jeff Bezos managed to add $884 million to his wealth year-to-date, on the other hand, Elon Musk added a whopping $20.5 billion to his basket. Others on the list of the world’s richest people are Bill Gates with a net worth of $137 billion followed by a French billionaire with $116 billion, Bernard Arnault who is followed by Mark Zuckerberg with $104 billion net worth.

admin - May 9, 2021
0
Mumbai, 9th May 2021 : As the world celebrates Mother’s Day during an unprecedented situation, countless mothers are playing exceptional roles to serve and...