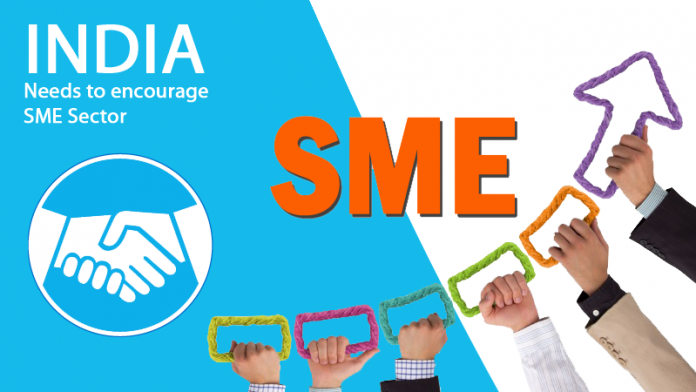 In the New Normal, TV9 Network has been setting standards, innovating each step of the thanks to remain ahead of the curve. This World SME Day, Network’s flagship channel, TV9 Bharatvarsh, became the primary channel in South Asia to make a singular virtual event from its state-of-the-art studios.

On the occasion of the Union Minister , Gadkari told the eminent SME leaders and industry stalwarts present at the conclave that the government is functioning towards increasing the contribution of SMEs to GDP from the present 30% to 40% and export from SMEs from 48% to 60% within the near future.

Nitin Gadkari, said, “We have to establish cooperation, communication and coordination if we’ve to become a worldwide economy and recover from the challenges posed by Covid.”

“Unemployment is among the most challenging issues faced by the country, and if we’ve to affect it effectively we’d like to brighten our SMEs. These enterprises have also created on the brink of 11 crore jobs and that we expect adding 5 crore more.

Barun Das, CEO, TV9 Network, said, “India, consistent with a UNICEF report, will have an estimated 31 crore lyceum graduates by 2030 able to join the work market.

“Will we be ready to create that many jobs? The sole answer for us is that we’ll need to convert job seekers into job providers. we might gotta create many MSMEs who would be providing jobs instead of seeking jobs,” Das added.

To boost the entrepreneurial ecosystem, Das said TV9 Network is too playing the role of an enabler. “As a media platform, we are committed to the thought of discovering entrepreneurial talent. I’m happy to announce the launch of a nationwide regional start-up awards which can be conducted across all regional language speaking states within the country.”